These players are strolling the world with this raw classical production of a story that is drenched in salty sea water and tears, before Shakespeare improbably rights the wrongs and sends us home smiling.

The writing of Pericles is believed to have been shared with another author, George Wilkins, and was based on an ancient tale told by poet John Gower, who is given the job of narrating each act in this play.

It is a rarely performed drama, probably because it has such an iffy plot line. We really do have to try hard to go along with the barely believable turn of events that switches the mood from heartbreak to happiness.

There is comedy along the way, but again, it mixes uneasily with apparent death and a determined attempt to rape and prostitute a young woman  –  a situation convincingly and finely played out by this mightily talented cast.

And, of course, that is the point of watching this production. It is in the hands of some of the best directors and actors in the land, so we are not disappointed.

This is a young and gleeful cast of eight that has sprung from across the globe to take part in this Globe On Tour presentation, taking on multiple roles and dialects, and singing and playing an eclectic range of instruments that could have entertained us all night.

They stroll on to a bare set, beating and strumming and blowing, washboard scraping, and tooting, to engage us in a drama sandwich, before an entertaining musical finale, the players rolling and kicking their way to an uplifting and harmonious end.

On the opening night, a seal popped its head up beyond the Minack rocks, to listen to a rousing chorus of Leave Her Johnny, Leave Her.

They might be all at sea with a ‘drowning’ king, encountering storms and shipwrecks, treachery and attempted murder, but clear enunciation of every word of this script reaches our ears intact. Perfect.

The players are gorgeously wrapped and robed in stunning fabrics printed by Nicola Killeen Textiles, the fishermen in deep saffron sou’westers, thanks to costume supervisor Lorraine Ebdon-Price and Megan Cassidy, the music composed by Bill Barclay is haunting and remarkable, and Brendan O’Hea is director.

We might think that the exceptionally pallid, broken, bruised, tattered and scurvied figure of King Pericles is all washed up as the end of the play looms, but the waves will deliver a miracle ending, and once again, all’s well that ends well with this thoughtful production. 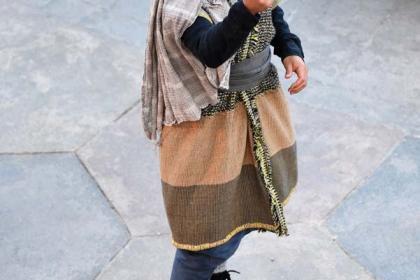 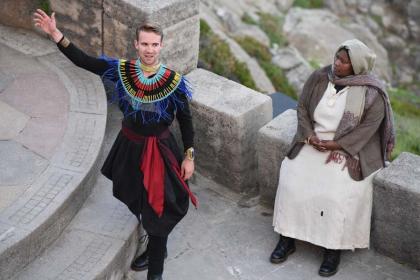 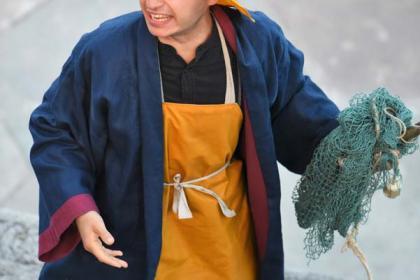 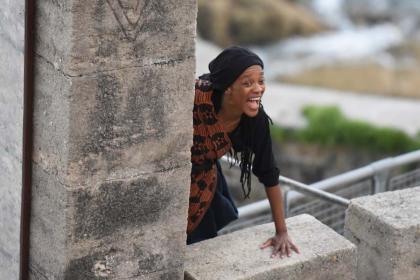 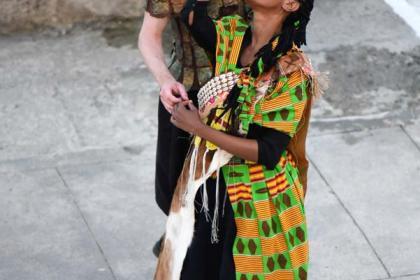 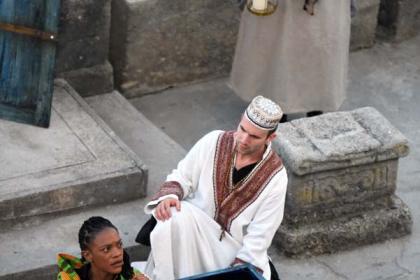 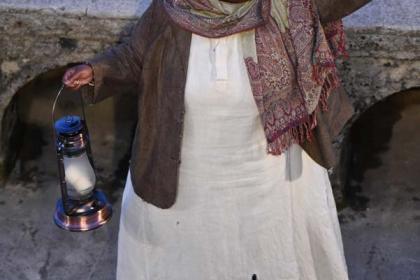 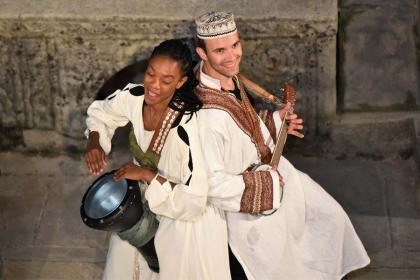 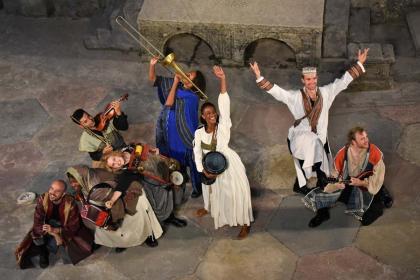