by Bill Scott and Tom Adams

The Miracle Theatre Company is celebrating its 40th anniversary doing what it does best – making us laugh and laugh at eccentric one-liners on a Boy’s Own adventure to the undiscovered Land of Halcyon.

This is vintage storytelling by writer and director Bill Scott who has entertained close to half a million playgoers over the years, with his mainly new material, epic themes, and a small but fantastic cast of actors who return to Miracle year after year.

He has assembled a great creative team to accentuate the quirky humour of his many plays, and this time composer Tom Adams comes up trumps with a jazzy score redolent of 1930s London, and the British Museum where Ruth (Rose McPhilemy) first encounters Timmy (Ben Kernow) a squarer than Russell Square scientist, who will join her on an adventure to the ends of the earth.

Their quest to solve the Story of the Stones is joined by Grough ‘Bully’ Barker (Benjamin Dyson) who dons his pith helmet (not for the first time, it has to be said) along with the Rev Hector ‘Foggy’ Fogg (Hannah Stephens) and Archie MacMacintosh (Daniel Richards) in kilt, of course.

The team reach Halcyon via inhaled whiffs from an ingenious transmogrifying device, Ruth ready for the journey with hunched shoulders and sensible socks, with a whinnying affection for Timmy, a big boy scout in short shorts, with a St Piran’s badge on his sleeve.

With a gleeful cry of “concordia superabilis” Foggy and Mac dance the Charleston to show that teamwork is dreamwork, and they get cracking on a bonkers expedition, individually behaving like Boris Johnson at his best.

The first act moves along at a pace, but slows in the second, for philosophical consideration that takes a tad too long, as Bill Scott examines the concept of Utopia, with a nod to the original thinking of Margaret Cavendish, a courtier in 1623.

He writes in the programme that she would make a fascinating play in her own right, and that would be better than slowing the progress of this expeditionary force to A Perfect World.

The stage is set simply by Alex Rodgers, with a weather-proof canvas pyramid volcano containing many props, devised by Dave Buchanan, that will play a part in the drama. Choreographer is Kyla Goodey, production manager Sally Crooks and stage manager Oliver Cumins.

Miracle has all its ducks in a row for this summer touring show – do go. 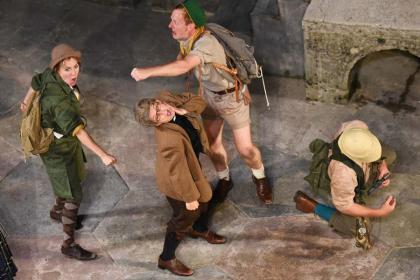 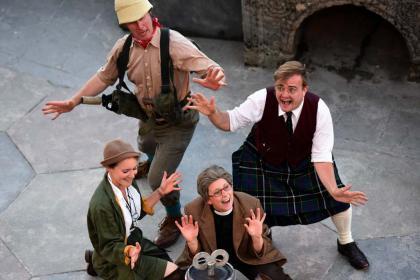 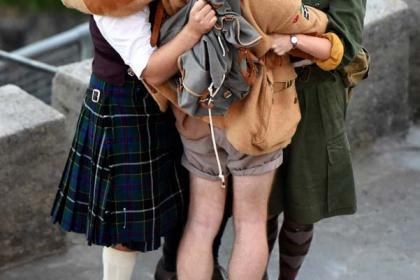 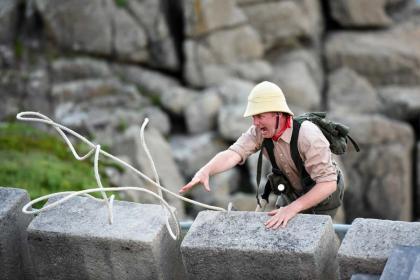 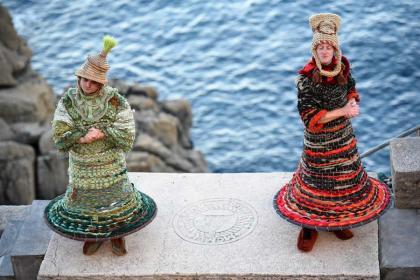 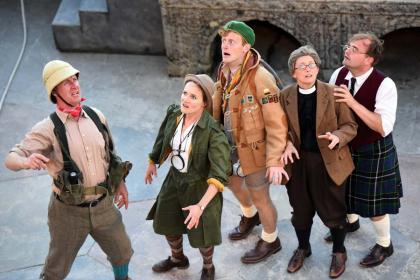 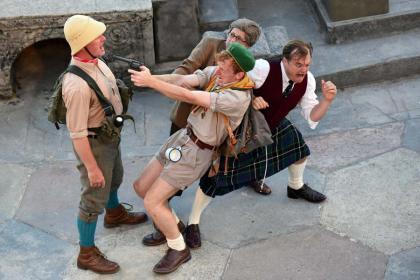 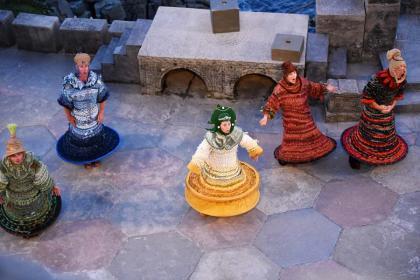 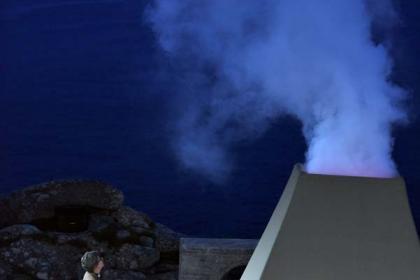 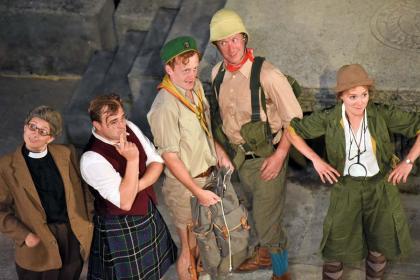