This is the BBC Light Programme – are you ready for the next exciting installment, when two Dicks will save the day in this spiffing vintage comedy thriller?

To the signature tune of Devil’s Gallop, recognised by all who listened to the wireless in the Forties and Fifties, a fine group of character actors from the Theatr Silures, based at Newport in Wales, opened the Minack’s main summer season with a racy and pacy version of Dick Barton Special Agent.

If Barton is to save the day, well inside two hours of stage time, he will have to use his other under cover agent Snowy White, for speedy detection work to tackle the poisoner of a “most diverting cup of tea” that is causing his radio show audience to slump to an all time low.

Award winning playwright Phil Willmott, scored an immediate hit when he adapted the original radio serial based on the adventures of ex-Commando Capt Richard Barton, that attracted up to 15 million, mainly schoolboy listeners 60 years ago.

He has spoofed and spiced-up the series, not only with a Bavarian sausage ‘bomb’ along with lots of tongue-in-cheek naughty innuendo, but bursts of patriotic music, and a dramatic finale, as the actors cling to the face of Big Ben.

On the opening night, Aaron Price as the dastardly and scheming Baron Scarheart, won applause with his dramatised ‘long drop’ from the clock.

There were plenty of choice moments deep in enemy territory, with camp spies Roger, John Weldon, and Wilco, Pete Morgan, milking their moment, “poor daddy” Sir Stanley Fritters (Adrian Bevan) with tortured legs and his daughter Daffers (Sarah Jayne Hopkins) not knowing how to make toast or anything, and doubling-up as sexy spy Marta Heartburn.

Our hero was Tobias Weatherburn as the dependable Barton, aided very funnily by Weldon as Jock, much more Edinburgh than Abergavenny, who deftly switched his accent to become a cut-glass BBC announcer, and also directed the whole thing.

Seven actors, including production manager Judith Lewis, shared many roles, even turning their hands to becoming a chain-gang at work “smashing up rocks on a cliff in Cornwall, making a theatre that no-one will ever visit”! 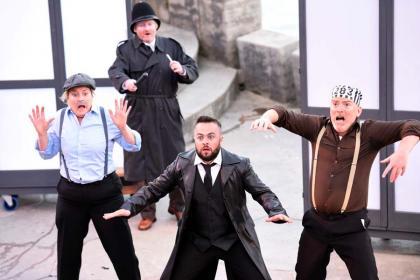 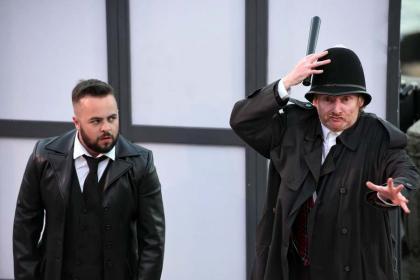 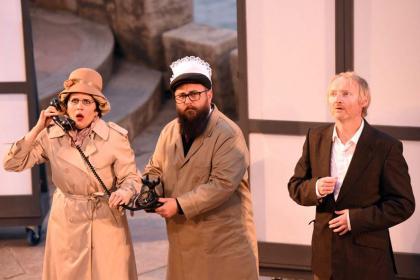 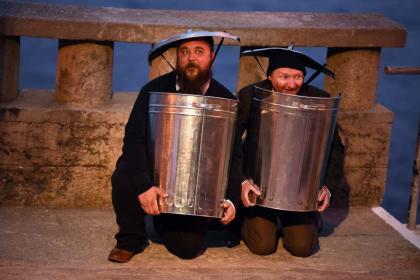 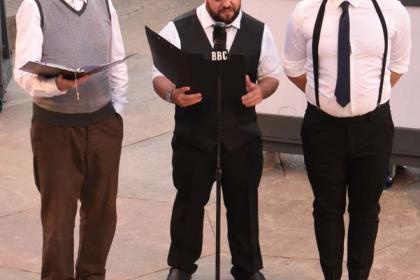 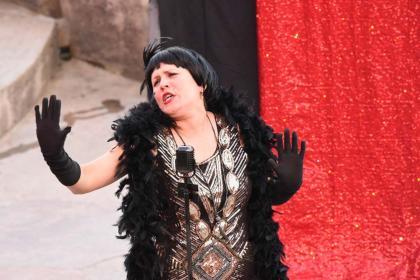 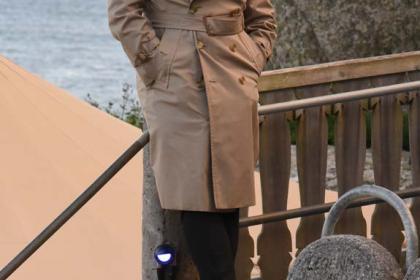 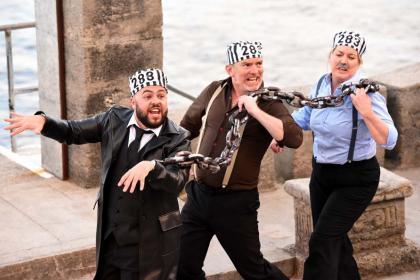 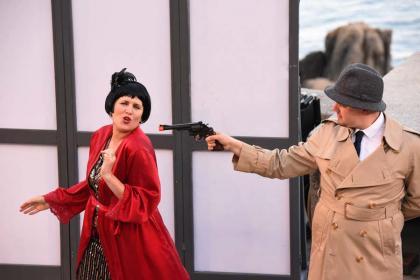 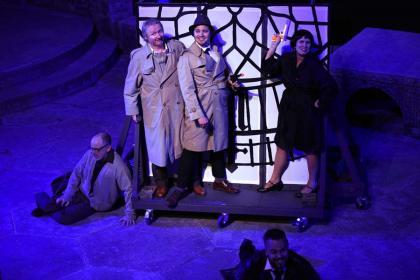