by Dale Wasserman, based on the novel by Miguel de Cervantes

The Shattered Windscreen Theatre Company dreamed the impossible dream of building a massive stone-vaulted prison wall around the Minack stage to hold its actors and its audience in a formidable and captivating production  –  about a fictional ‘madman’.

Does that sound challenging? Well, directors Jan Palmer Sayer and Darren Barsby, and an exceptional team of designers, led by Steve Onyon, the man who dreamed-up those impenetrable walls, must have lost many hours of sleep over the concept of “fighting the unbeatable foe”.

But, undaunted, they transported tons of set materials from their Hertfordshire base, to slot together impenetrable arched walls, with barred openings and bolted gates to represent the Spanish jail, where 500 years ago, Miguel de Cervantes began to write one of the most enduring tales ever told.

Yes, it was Cervantes who was the first to note that his eccentric hero “dreamed the impossible dream” of a mission to promote chivalry, to prove himself in combat, and right many wrongs on the plains of La Mancha, with his faithful friend and servant Sancho Panza at his side.

Over the centuries, the story has been interpreted many times, and in 1965, the musical The Man of La Mancha, and Andy Williams in particular, made Impossible Dream a hit song.

But this play adaptation by Dale Wasserman came earlier, and was loosely based on the original novel and the life of Cervantes, with characters added, significantly Aldonza, the abused drudge who Quixote imagines to be his ideal love, “the fair Dulcinea”. He also invented the idea of having him direct the play inside a prison in Seville.

All this was taken on with colour and imagination that grabbed us within seconds as a swirl of Spanish flags and banners was accompanied by full-volume classical guitars in a flamenco inspired soundtrack devised by musical director Pete Dawson, who played strings on stage throughout with Matthew Greenbank and Sophie Osborne, with drumbeats and rhythm from the rest of a lively cast.

Andy Howell as the thoughtful, creative Cervantes, the lanky whimsical Chris Janes as Quixote, Sean Scotchford as a cheeky Panza, the wildcat Josie Melton as Escalante, Gavin Palmer as the Duke, Alex Brace as Macabeo, Des Turner as innkeeper, Georgina Bennett as Graciosa and Harry Janes as the menacing Scorpion could not be bettered, along with a big cast of vibrant characters.

But it was the set design and all the trimmings from the backstage crew that was breathtaking, from those mightily inspired ‘stone’ walls that contained and threw the actors voices right at the outdoor audience, to the mop-head hobby horses, and later, wheeled-chair and timber steeds, pushed by actors with big-asses ears poking through their hats.

The figure of The Enchanter, silhouetted against the Logan Rock, the Knight of the Mirrors a stunning reflective tableau, the huge whirling windmill sails, the surprised sheep, lit by Ken Allford, with sound and costume by Andrew and Penny Coyston, crisp movement by Sharon Jolly and the stage direction by Derek Palmer combining to create a winning production.

They dreamed the impossible dream, and made it a reality. 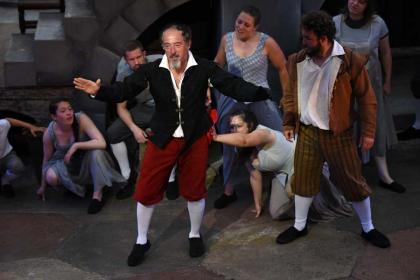 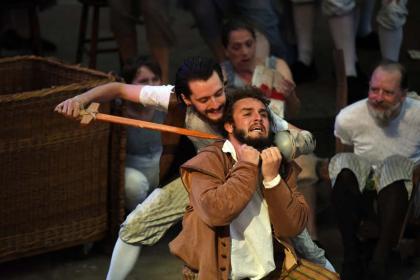 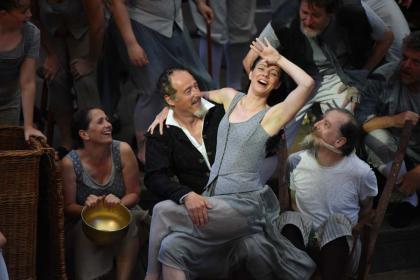 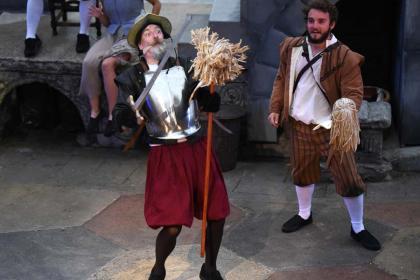 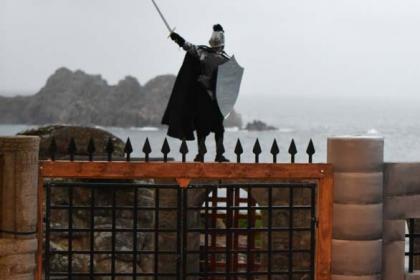 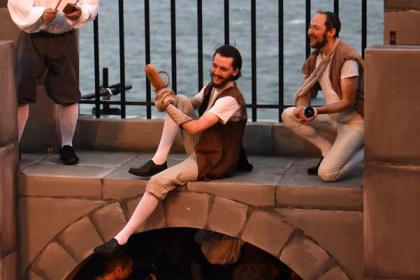 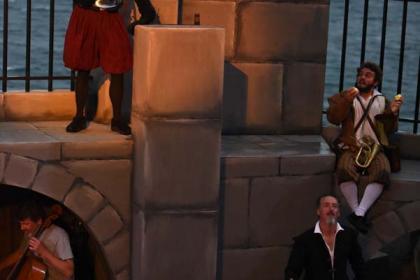 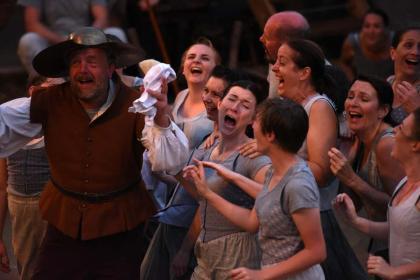 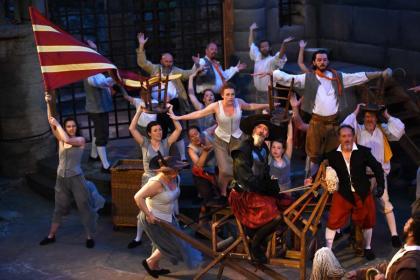 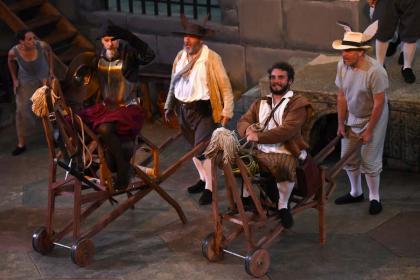 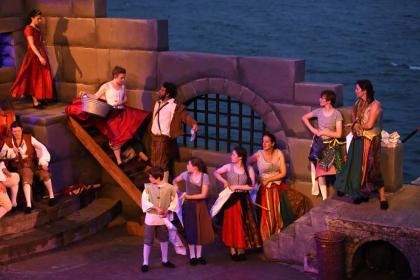 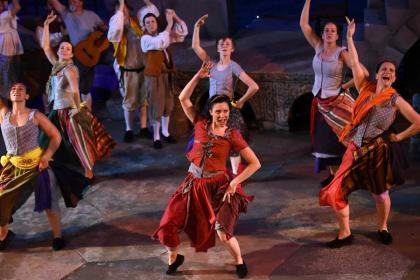 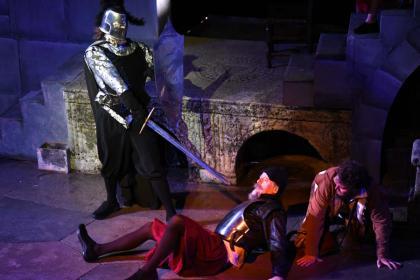 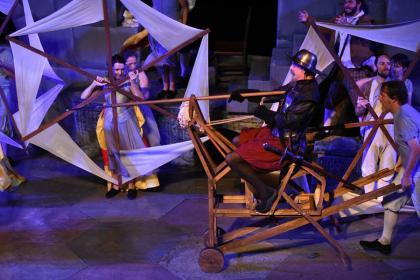