Important information about this event

Following the Prime Minister’s confirmation that social distancing will no longer apply to theatre performances, we have increased the number of tickets available for this performance.  We will continue to follow UK Theatre's recommendations for best practice to ensure the safety of our audiences at this time under the See-it-Safely kitemark.  We will continue to provide hand sanitiser stations and encourage visitors to wear face masks when visiting indoor spaces such as the toilets.  We will monitor our protocols in accordance with future government advice.

Tickets for this performance are sold on behalf of Theatre Royal Bath Productions.

In 1910, the then unknown  Charlie Chaplin and Stan Laurel set sail from Liverpool to New York as part of Fred Karno’s famous music hall troupe. On the voyage, they shared a cabin, they shared comedy routines and they shared laughter...

Inspired by real life events, Told by an Idiot’s acclaimed production of Charlie and Stan is the remarkable story of the greatest double act that nearly was and is a hilarious and deeply moving homage to two men who changed the world of comedy forever.

Told by an Idiot have garnered critical acclaim and devoted audiences worldwide for their wonderfully theatrical shows.

Originally produced by Told by an Idiot and Theatre Royal Plymouth, in association with Royal & Derngate Northampton and Unity Theatre Liverpool

View images from the production 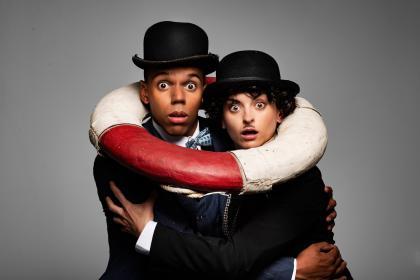 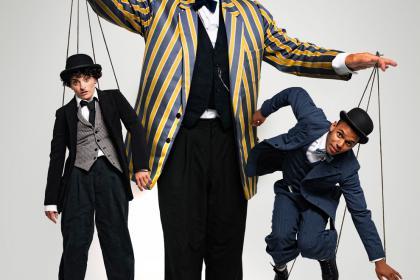 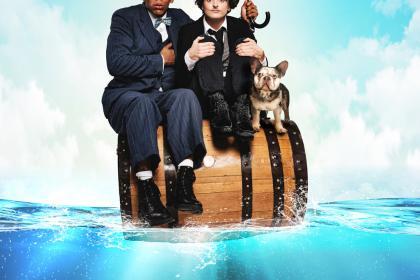 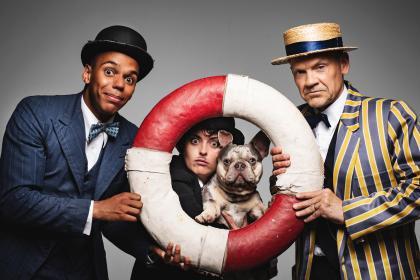 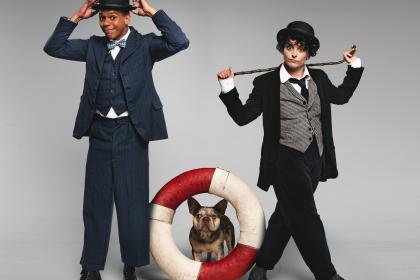