The Further Adventures of Doctor Dolittle

The Further Adventures of Doctor Dolittle

Following the phenomenal success of 2018's tour of The Adventures of Doctor Dolittle, Illyria is delving back into Hugh Lofting's amazing stories to bring you a brand-new musical adaptation of the Doctor's FURTHER adventures with Jip the Dog, Dab Dab the Duck, Gub Gub the Pig and Polynesia the Parrot.

Where in the world will they go? Will they even stay on this world?! Which new animals will they help along the way? Will the Rats still have pithy observations to make? Is Gub Gub still dreaming about cake?

As in our 2018 production, The FURTHER Adventures of Doctor Dolittle features a fully orchestrated score, amazing puppets and a plethora of songs that our audiences will be singing along to for years to come.

Illyria are surely the big cheeses of outdoor theatre summer tours in the UK this season, travelling with a perfect package of puppet animals and flocks of birds that bring colour and love to us cooped-up humans, both young and a little bit older.

Their remarkably talented director Oliver Gray, who lives in West Cornwall, has not only adapted seven of the original Hugh Lofting stories to bring us The Further Adventures of Dr Dolittle, he has also written 20 new songs  -  and one in particular had everyone cheering and shaking with laughter on the opening night.

It must owe its inspiration to Monty Python's famous sketch, this time with a rap rhythm, and echoes of Queen, sung by Callum Stewart, wearing shades along with pink piggy puppet Gub Gub, rocked the sellout audience.

References to "cheeses of Nazareth" and the "Stinking Bishop in the Vatican" with "enough damn cheese to get to Port Salut" easily matched the endless list of cheesy comestibles reeled-off by John Cleese, half a century ago.

Tastes have changed over that time, so he added that "Sunday isn't Sunday without Sancerre" and gave Cornish Yarg a mention, just for good measure.

This season's line-up of actors includes Ed Simpson, appearing with Illyria for the 10th year running, as the animal doctor, dressed as a circus showman, Callum who is on his fourth tour with the company, and Paula Brett in her third year, with Polynesia the parrot and a big flock of puppet extras, including Dab Dab the duck.

Making their debuts are Jora Singh, with a good gruff bark, mainly taking care of the antics of Jip the dog, and Nisha Anil, who flitted around with Pippinella the green canary, the owl, and a purple Moon Cat, who gave her impressive voice full range, as she pounced with the pussy.

The pandemic pause has seen an expansion of Illyria's remarkable menagerie created by Nick Ash, who introduced a giant white hornet to fly a tiny model doctor to the moon, a bloodhound and poodle, pigeons, moths, a crow, hawk, pheasants and a hen.

The recorded fully orchestrated score was the work of Ben Wiles, and the catchy songs just kept coming, including Higgledy-Piggledy for Gub Gub and Everyone Can Smell A Rat, for the long-tail rodents with Northern accents.

The award winning company was founded by Oliver Gray 30 years ago and faced an "economic abyss" and was saved thanks to a GoFundMe appeal during the series of Lockdowns this year and last.

Now it is ready to bring a lot of joy as it takes flight on tour again. 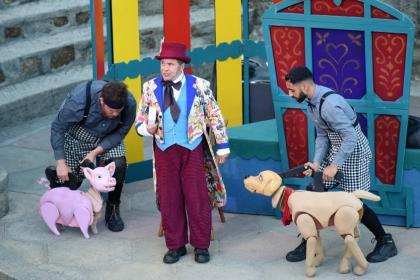 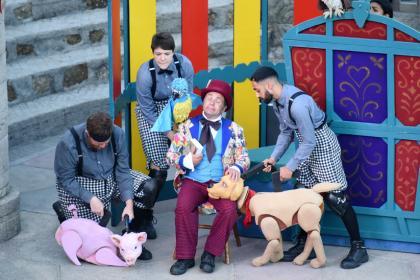 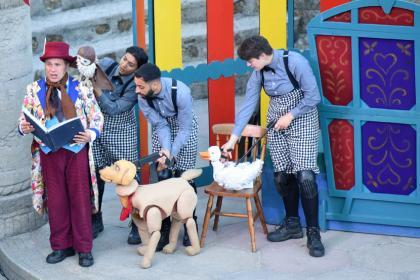 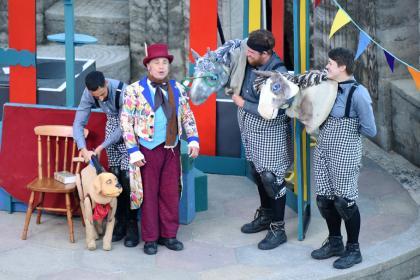 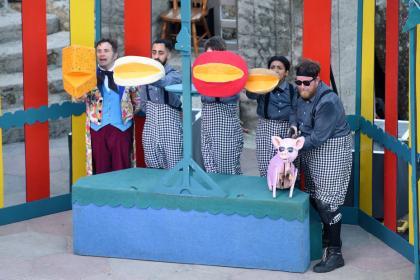 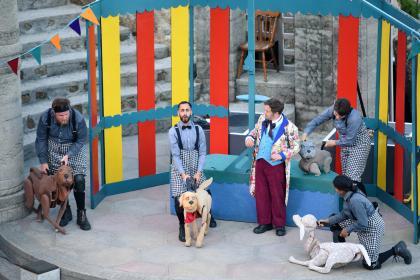 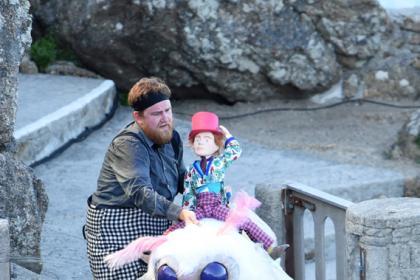 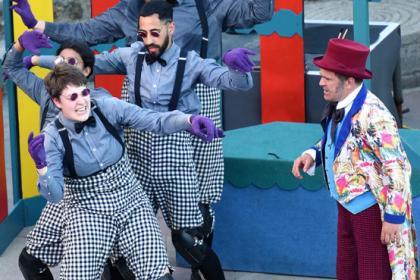 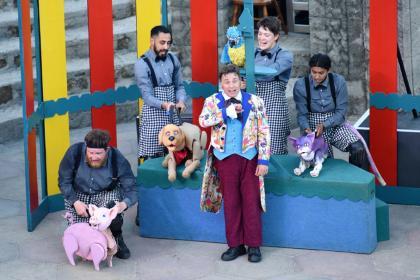 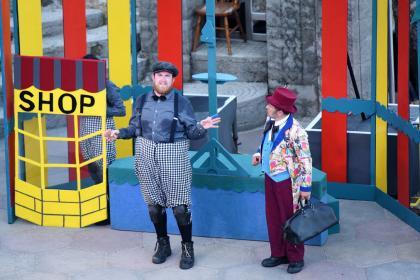 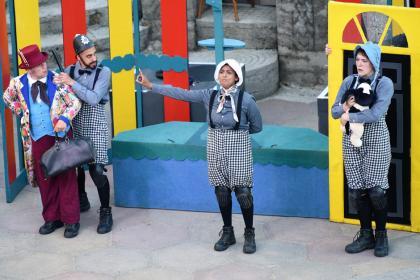 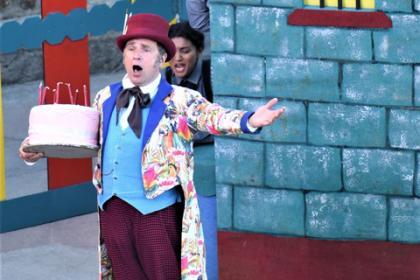 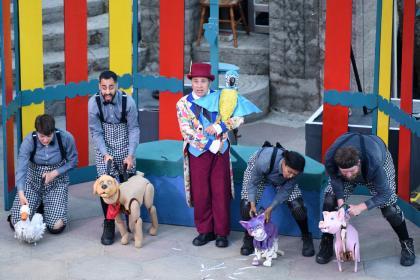 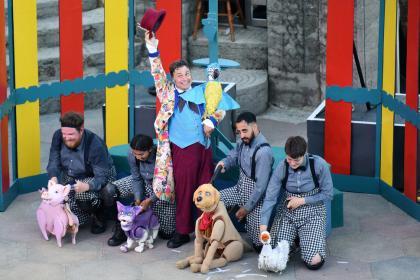 Our telephone booking service will be available today from 11am. Priority booking is available online for events that are currently released.  See individual event pages for details.