October 1957: the world lives in fear of nuclear war, Russia has launched Sputnik 1, UFOs are cropping up everywhere, MI5 is on high alert and Stanley is building something in his garden shed.

He may live in suburbia but, in his mind, Stanley is voyaging through outer space. He hopes to make contact with other life forms. His neighbour, Gwen, thinks he should be exploring the unknown much closer to home...

A cosmic comedy about obsession and the rekindling of love, hope and possibility

‘Every Miracle production is a guaranteed winner’ West Briton

Sierra, Tango, Alpha, November   -  Stanley Burton taps out his call sign in morse code from a shed in a suburban garden, trying to make contact with galaxies 25 light years away, 'up' there in outer space.

His hobby is putting together kit to transmit radio signals to the solar system, and he has now devised a powerful 45,000 watt energy accelerator, "running the whole caboodle on a 13 amp socket in the kitchen" to speak to space.

Stanley is reclusive and a man of few words, simply driven by his space mission, but he is brought down to Earth by the arrival of a young neighbour whose focus is on the natural world around them  -  and a couple of snoopers at the bottom of his garden.

Miracle Theatre's latest production, which is due to go on a summer tour of the south west, is written and directed as always by its founder Bill Scott, who gives sound philosophical and moral tips in his scripts.

Over the past 40 years, the theatre has built a big fan base and has won support from the government's Cultural Recovery Fund during the pandemic.

Miracle makes its return with a new cast of actors, but a tried and tested support team, including Tom Adams, who has worked with the group for 14 years and has once again come up with an inspired combination of his own music and a skiffle sourced soundtrack to evoke the "summer of flying saucers" in 1957.

On the opening night, space science was abundant, but earthly chemistry between the new faces fell a bit flat, with all four acting their parts, but without the confidence and conviction that will hopefully develop as the tour continues.

Devon actor and writer Martin Hyder made his debut as Stanley, with Anna Munden as Gwen, and Dan Richards and Risha Silvera as the snoopers.

Al Munden, Miracle's set designer and maker of 22 years, is at his best with the creation of a fenced back garden in Bexleyheath, featuring a portal loo (!) and shed crammed with glowing radio transmitting gadgets, hi-tech telstar style roof aerial and antennae.

Keeping it in the family, costume designer Jude Munden fits out Stanley in a fetching Fair Isle jersey, cap and practical brown coat, and neighbour Gwen in bright-young-thing Fifties dungarees.

I'm trying not to give too much away, but Jude triumphs with the creation of two 'people' dressed in sparkly green suits, with huge swivelling eyes, who step out of that portal loo, to make us laugh with their space babble, bouncy dance and cheery waves.

These actors have been grounded for too long. Let's hope they will soon be reaching for the stars in this production. 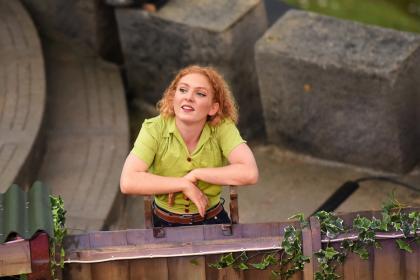 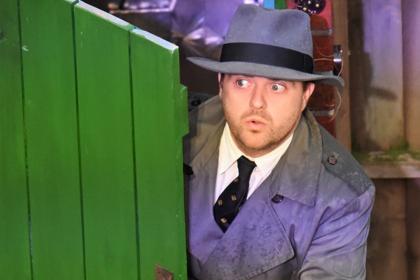 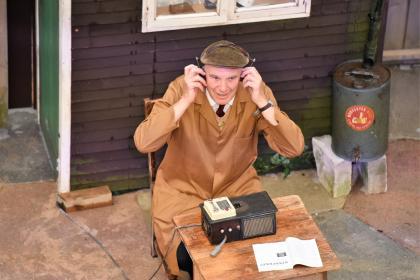 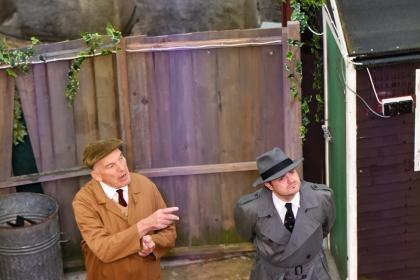 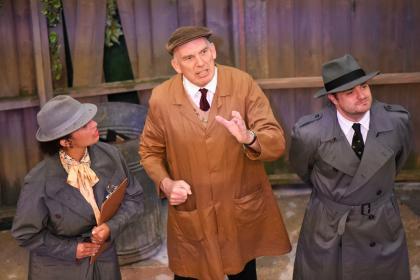 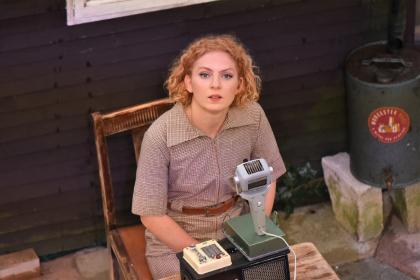 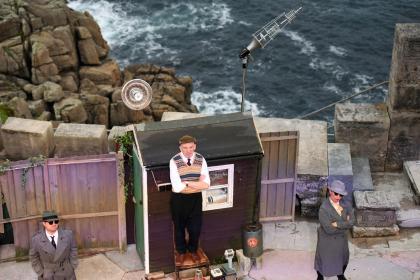 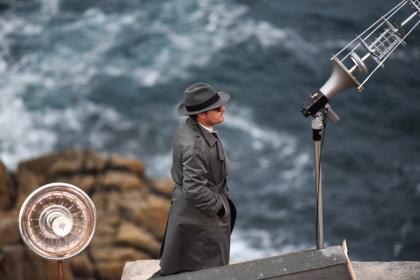 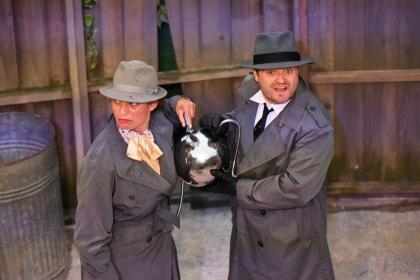 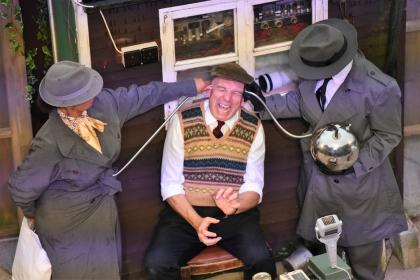