A professional 16 piece orchestra and 4 singers under the baton of well-known conductor Patrick Bailey will present a lively and varied programme including popular orchestral items from both the classical and modern repertoire, and songs ranging from opera and Gilbert & Sullivan to folk song and musical theatre. And, of course, the evening will conclude with the traditional Last Night of the Proms favourites.

The evening performances will also include a firework display.

Oggy, Oggy, Oggy, Opus 2 -  how's that for a combined celebration of Cornish pride, a programme of Proms classics and an eclectic mix of centuries of music, plus our own Duchy anthems for good measure.

Musical director and conductor Patrick Bailey coined the phrase for the Proms at the Minack, which delivered despite frequent autumn downpours, when the musicians played on, at times sheltering under canvas on the stage.

A month's worth of rain on a single night completely washed-out one performance, but otherwise, pomp and circumstance prevailed.

Repercussions from the Covid pandemic also prevented the traditional appearance of the St Austell based Mount Charles Brass Band this year, so the conductor who has toured internationally, and now lives in Cornwall, assembled musicians and singers from all over the county, and beyond, to put together an inspired concert.

His choice of a trio of home-composed songs, some sung in part in Cornish, went down a treat, notably his own arrangement of the haunting lament for Nine Brave Boys, soldiers, tinners and seamen, who were lost too young, "leaving a widow all forlorn", first recorded in 1881 in a pub in St Mawgan.

The stirring Trelawny gave everyone a chance to wave the flag of St Piran, and to sing hearty choruses along with the soloists Charlotte Coe, Nesah Gonzales, Cameron Walker-Pow and Carl Gamage, each performing in excitingly contrasting styles.

The legendary Harry Glasson's Cornwall My Home, summoned up our deep affection for the county, even when the lines "I've stood on a clifftop in a westerly blow, and heard the waves thunder on the rocks below" were all too close to home for the Proms performers and their audience.

But thanks to Bernstein, Berlin, Borodin and Blake, we were immune to the weather, loving Gershwin's Walking the Dog, the Hudson's Hornpipe and Parson's Farewell by Sam Sweeney, Coldplay's Viva La Vida, a Gilbert and Sullivan medley, and Morricone's ever- memorable melody from the film The Mission.

The musicians were heroes  -  playing damp instruments outdoors in October is no easy feat, but they made it look simple and they sounded great, giving many solos along the way, with sound control by Simon Hutchings and lights, Ben Blaber.

And so we moved inexorably to Henry Wood's traditional party pieces, Fantasia of British Sea Songs, the Elgar and Jerusalem, with fireworks fit to wake all around Mounts Bay, thanks to Thomas Bricknell and Celebration Pyrotechnics - what a finale. 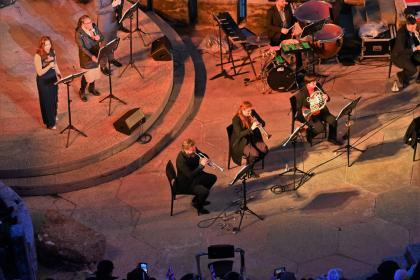 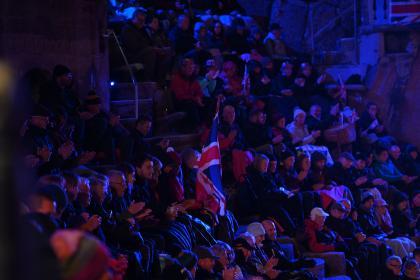 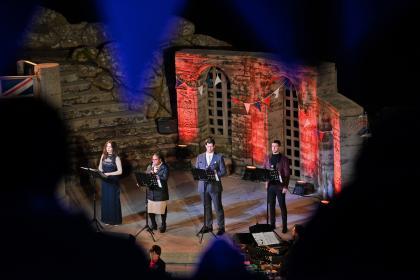 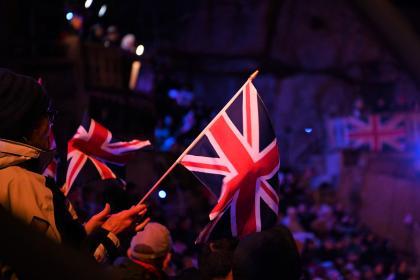 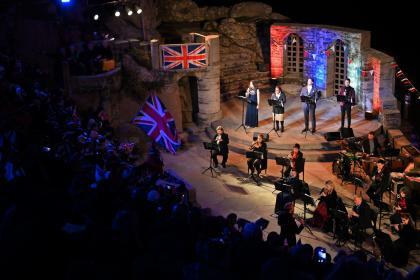 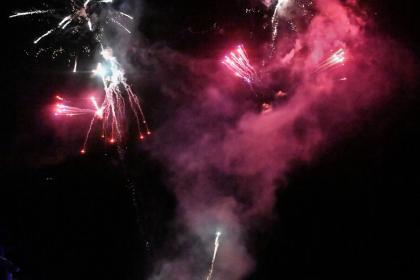 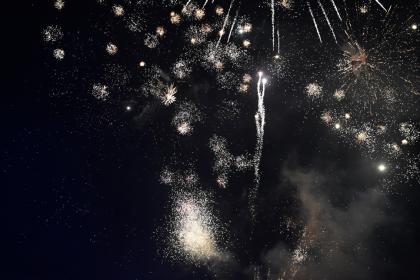 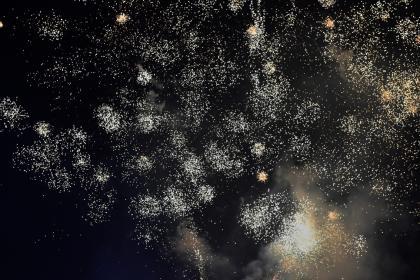 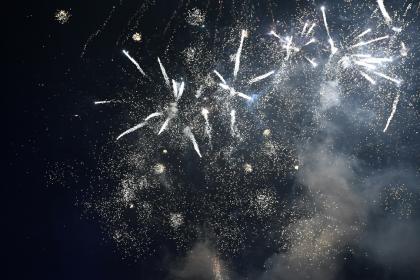