Scryfa and the Minack Theatre

We’ve heard the phrase ‘dying for a fag’ – well, it takes on a different and chilling meaning in this sincerely acted play, sensitively and superbly written and produced by Cornish journalist Simon Parker in remembrance of the Herodsfoot Heroes of World War I.

The settlement near Liskeard was one of only 53 ‘fortunate’ villages in England and Wales that welcomed home every one of the soldiers it sent to the Front during the Great War that ended 100 years ago.

The Duke of Cornwall’s Light Infantry veterans, Bert and bugler Buzz, survived with 11 other comrades from Herodsfoot, but 60 years on, the horrors of killing and carnage are still vividly remembered by them, every single day.

They consider the randomness of survival when millions died, and the superstition that sharing one match to light three cigarettes on the frontline could be fatal if the enemy spotted the flare of the match as it was struck, took aim as it was passed to the second man, and fired as it reached the third.

Simon Parker’s play was acclaimed when it was first shown four years ago to mark the centenary since the start of the war. It was based on the terrible experiences of his grandfathers, Bert and Buzz, whose lives were forever changed by those ordeals.

Their shared reminiscences are depicted by a large community ensemble, including members of the Minack Youth Theatre, who re-enact the carefree days of their youths, before the farewells to their families and dear friends.

Then come the bravely written and heartbreaking letters from the Front, and finally the return of the soldiers to the village, one blinded, all with wounded minds, in a series of tableau beautifully directed by Nicola Rosewarne.

The infantry ‘dance of war’ choreography by Benjamin Dunks is very special, gently suggesting the effects of the barrage of mortar fire from the enemy, the woundings and deaths, and heroic actions to save one-another’s lives.

The way Iain Marshall and Charlie Barnecut recall their experiences as the old Bert and Buzz, is poignantly understated, as we learn of the horrors that still haunt them, with Sam Hughes and Ollie McFarlane exuberantly acting as their younger selves.

They are convincingly backed by Colin and Elaine Humphries, Harvey Thomas Wickens, Robyn Collins and Eleanor Hawkes, with richly-remembered anecdotes in Cornish Voices of the Great War, recorded by Joe Pengelly.

The live sounds of the St Pinnock Brass Band add to the atmosphere of the play, with wonderful musical direction and selection by David Johnson, and heartfelt solos by Elaine Humphries that include a touching Cornish favourite, The Land I Love.

It would have been good to see more of the band on stage, but during an increasingly autumnal week, the shelter of the Minack tent was probably more practical.

Costume designers Meier Williams and Sara Rose Whetherley strikingly clad their soldiers in khaki and white vests, and sat Bert and Buzz in an old deckchair and seat beside a tumbledown pigsty, as they grumbled about “this stupid, bloody Poppy Day carry-on” ahead of the village Remembrance Day Parade and cheekily sang their own words to “Tipperary”.

We will remember the Bert’s and Buzz’s in this centenary year in the best way, thanks to Simon Parker and this excellent company of actors. 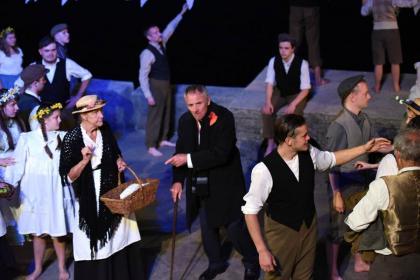 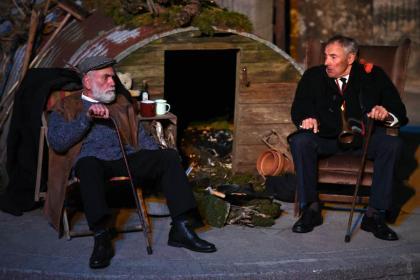 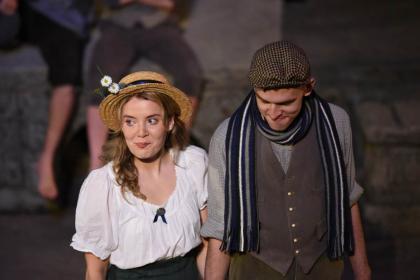 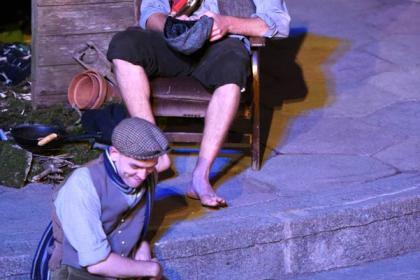 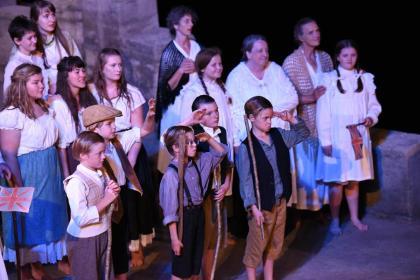 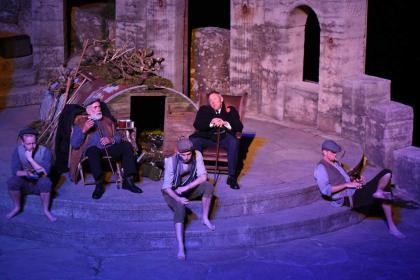 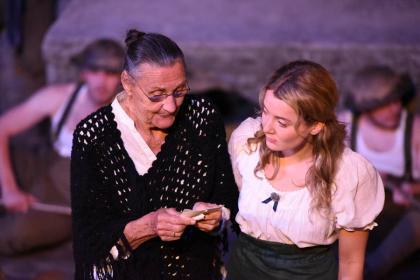 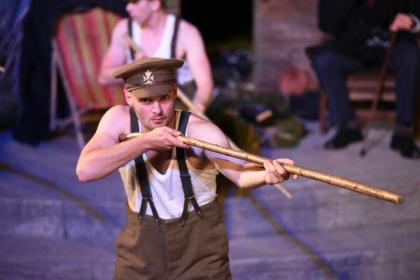 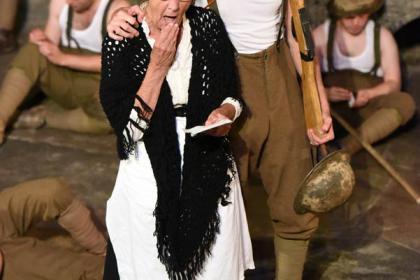 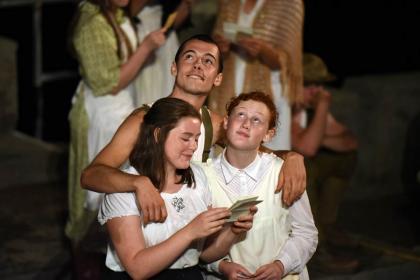 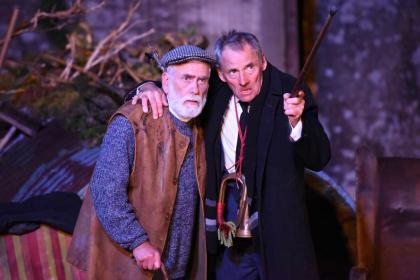 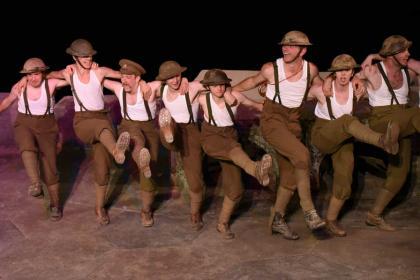 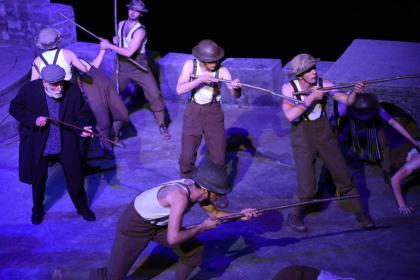 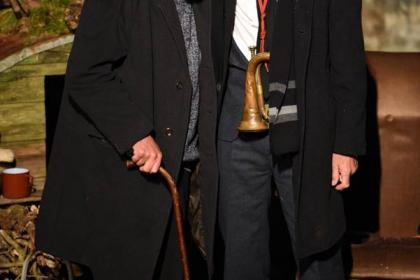 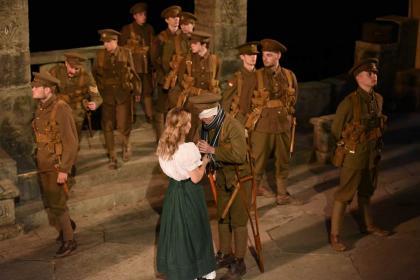 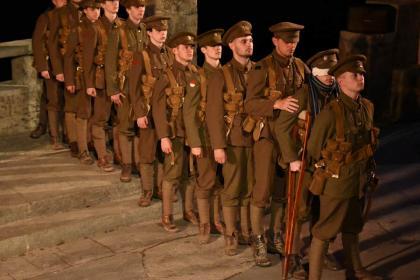 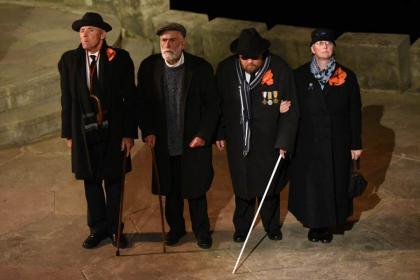