by Anton Chekhov, adapted and directed by Bill Scott

Let’s get one thing straight to start with, Chekhov regarded this play as a comedy, but his focus on a decadent family in decline, who are deep in debt and about to lose their home, which is run by dim Russian serfs in their dotage, is not exactly laugh-a-minute material.

That stark juxtaposition was something that even an experienced writer and director like Bill Scott and the normally entertaining Miracle Theatre, struggled with in this production.

It was a challenging choice of play to put before a sun-soaked, picnic-happy audience of mainly holidaymakers in an outdoor setting, and the team did their best by simplifying the unpronounceable Russian names of the characters, and setting the action in a European mansion, early in the 20th century.

They tackled Chekhov’s story of an aristocratic family that is broke, still living beyond its means, dealing with past tragedies and failing to cope with the imminent sale of the house they have owned for many generations, with their usual wit, but was it enough?

The cast was led by head-in-the-sand landowner Luella, played by Jill Greenacre, with Miracle veteran Ben Dyson, Rose McPhilemy, Louise Mellor, Ben Kernow and Daniel Richards, niftily costume-changing and taking on up to three roles each, as they so often do in Miracle productions.

Chekhov’s work gained world-wide attention because it exposed the huge changes in the social structure of Russia that led to the Revolution and the loss of millions of lives.

Bill Scott and his team decided to take out the “Russian-ness” of the play, and its historical context, in favour of emphasising how the family faced up to their shifting fortunes, giving it their own Miracle comedy treatment, but on the opening night, it fell somewhere between the two concepts.

The servants were dotty, the shotgun-totting Irish governess, barking mad, and the family-in-crisis were crushingly ineffective in the face of “entrepreneur” Ben Kernow, who played it somewhere between a second hand car salesman and the worst kind of estate agent, as he readied himself to buy the property – and cut down its cherry orchard.

Ben Dyson, resplendent in strong stripes as the brother who has “eaten his entire body-weight in boiled sweets” out of a stripey paper bag, doubled as a simple Simon, entertaining us with his usual asides.

Musical director Catherine Lake, played background music to the house party, which I found irritating where I was sitting. The design by Jude Munden was fine, with a pretty well built conservatory in St Petersburg palace style and colours.

This is a hit and miss production . . . just like Russian roulette! 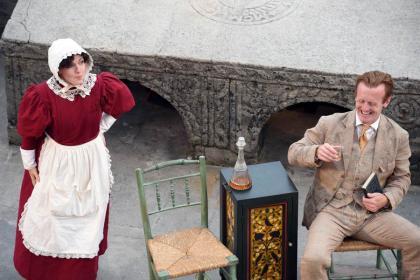 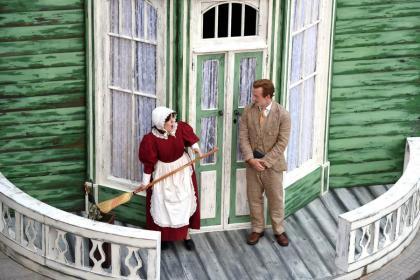 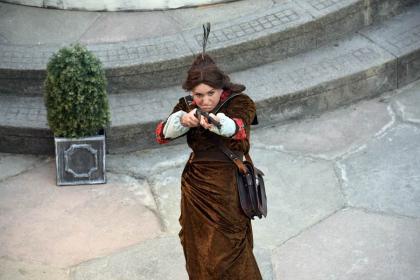 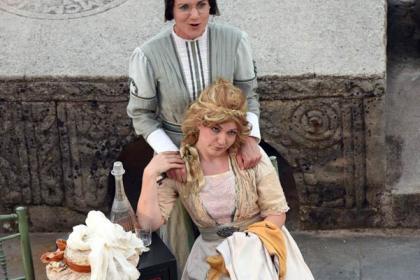 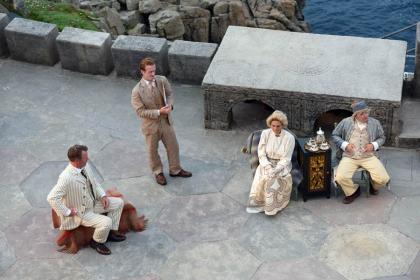 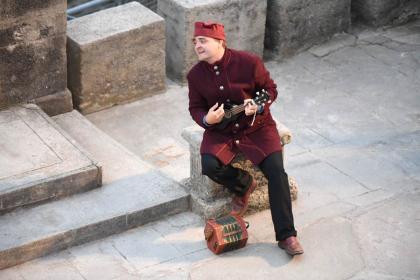 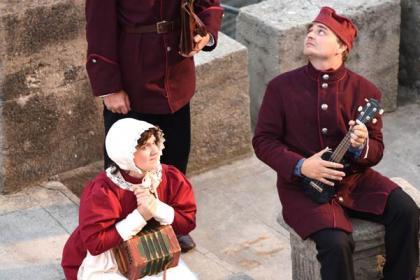 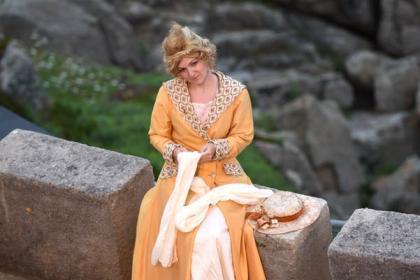 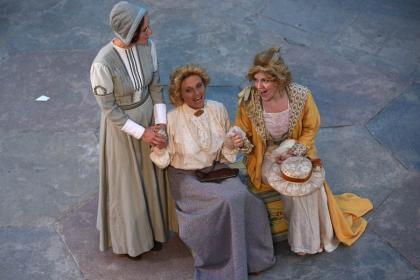 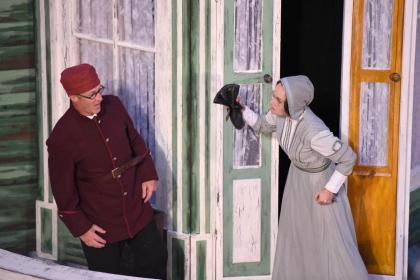