This play gives us an overwhelming sense of how fortunate most of us are to be free from the harrowing scenes of slaughter our soldiers experienced during the “war to end all wars” with its shocking toll on the lives of the survivors, as well as those who died.

Robert Sherriff, who served in the trenches in France and won the Military Cross during the First World War that ended 100 years ago, wrote this play a decade after returning home. It is a superb piece of observation and is now regarded as one of the best war plays ever written.

The Duchy-based cube essential theatre, directed by Benjamin Symes, relishes a challenge and recognising the other centenary celebrating the move towards women’s suffrage, has cast the best actors for the roles, irrespective of their sex, and so we see Iga Drzymkowska, as Officer Hibbert, convincingly laying bare her fear of battle.

We watch as a company of soldiers and officers await a major onslaught. The front line is eerily quiet, and apart from the distant roar of guns, and some snipers, there is simply a low unnerving electronic rumble, disquietingly devised by sound man Paul Joines.

Captain Stanhope (Max Webb) a former public school boy, is on the brink of mental and physical collapse and drinking to forget, after three years of claustrophobic conflict. He is a hero of the younger newly-arrived Raleigh (Joe Welch). Both play their parts with total conviction.

The steadying force, and what a profound performance he gives is John Macneill as the veteran, Osborne, who finds himself selected, along with the fresh-faced innocent Raleigh, to “make a dash” through enemy lines to capture a German prisoner for interrogation.

There is no light relief, this is an intense business  –  but there is always the next meal to look forward to, supplied by an apologetic and obliging cook (Tom Hare) who always manages to conjure-up something from the field kitchen. The contents might be dubious, but he gives them delicious descriptions.

The rest of the company includes the efficient Emily Faulkner as Hardy, Keith Sparrow as Trotter, director Benjamin as the sergeant-major, Gabriel Vyvyan, Andrea Hoff and River Owsley-Brown.

As a contrast to the brilliantly effective war-torn rubble-strewn set by Anna Finch, a tea-table is set in the homes of both a German hausfrau and an English family, where sopranos Jenny Oldfield and Simone Hellier sing like larks of their grief at the departure of their sons.

A stiff upper lip is needed here. It is an experience we should never forget. 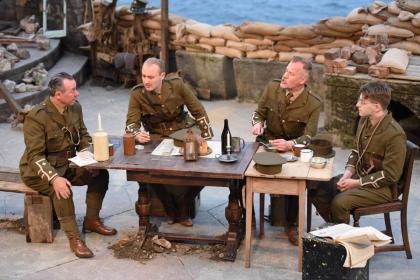 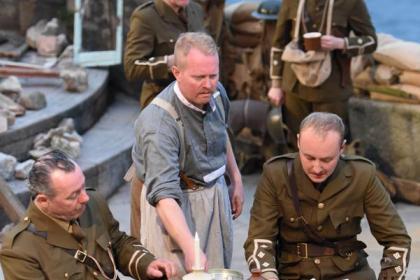 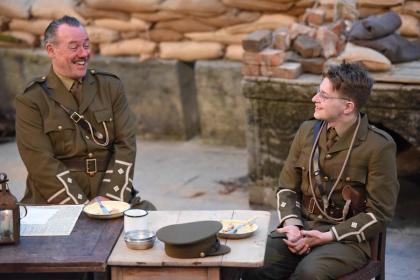 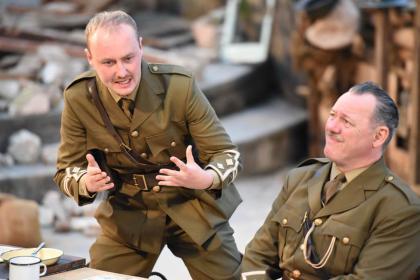 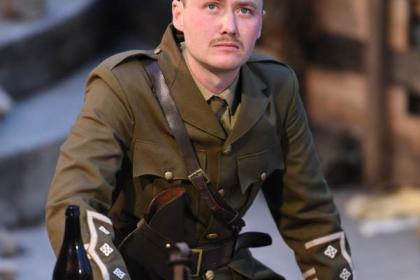 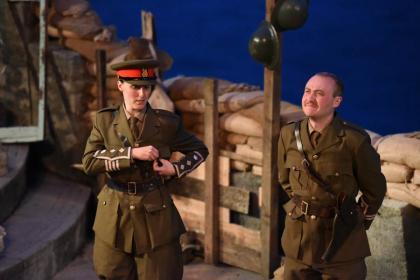 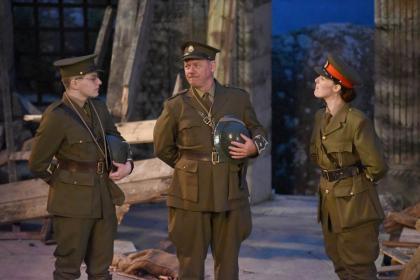 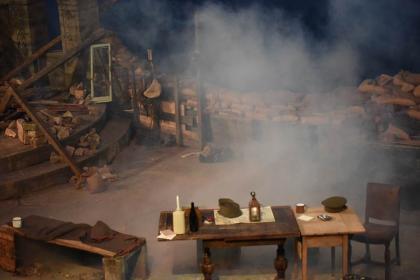 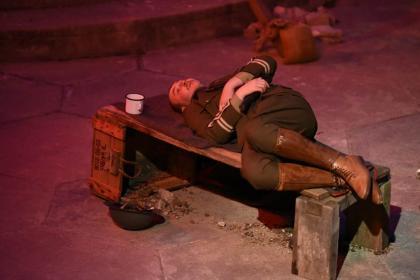 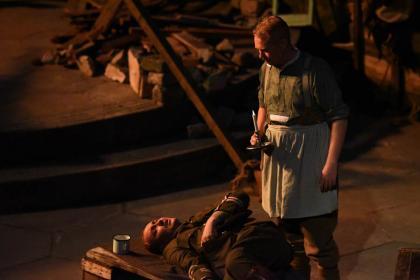 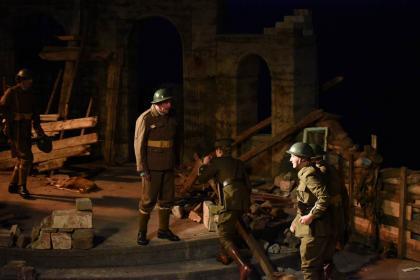 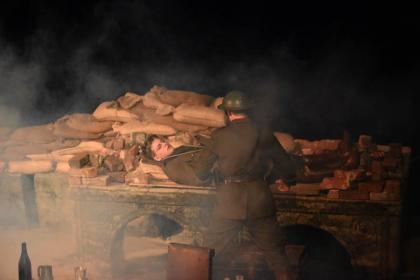