To say this is a costume drama is a serious understatement  –  this show is a cacophony, a chaos, a confusion, a creative clash of dazzling Wonderland colour.

The Hertfordshire Players creative team must have been having kaleidoscope dreams for weeks on end, combining and crashing their costume colour schemes together, topped by a towering Queen of Hearts.

But for the first part of this cleverly written adaptation of a weird tale directed by Lou and Lynsey Wallace, the cast is clothed in sombre black as it gathers for the funeral of Alice’s 17 year old sister Jo, who has been shockingly killed in a road accident.

The family murmurs every cringe-making platitude possible in such tragic circumstances, “time is a great healer” and “lovely service”, even, astonishingly “she had a good innings”, before wondering “where are the sausage rolls?”

It is all too unbearable for the grieving 12 year old Alice Little, stark in a black pinafore, who makes her escape with a ridiculously clad rabbit in biker white leathers and crash helmet  –  with holes for its ears, of course, and a bobtail.

This improbably bunch is headed by the redoubtable Lorna Thompson as Queen of Hearts with Clive Weatherly as the King, who double in the Real World as Alice’s Mum and Dad, alongside many enthusiastic Wonderlanders and dancers, with every decorative trim you could imagine, including Cornish tartan and ‘Motty’ sheepskin coats for the commentators.

The role of Alice, who is on stage throughout,  is shared by Kate Humbles, who starred on the opening night, and Molly Robbins. Simon Parr is the White Rabbit, who touchingly guides Alice through the Underground world, showing her how to find her heart and to cope with a world turned upside-down.

They are all brilliant in their own very individual ways, and are backed by a Wonderband, headed by Rob Wallace who composed their music, with Steve Thompson, Dan Breeze and Mark O’Sullivan playing along. Ian Cullen composed for the rest of the action.

But it is the backstage crew that must take the biggest bow for their rainbow creativity and sheer hard work in all departments, especially the props, including the topsy-turvy programme, plus lighting design by Trevor Wallace. The White Rabbit, Simon, was production manager, with stage manager Trevor Watkins and designers Rosemary Bianchi, Tiffany Breeze and Jenny O’Sullivan, with many, many more in a big family that has come together as the Hertfordshire Players. 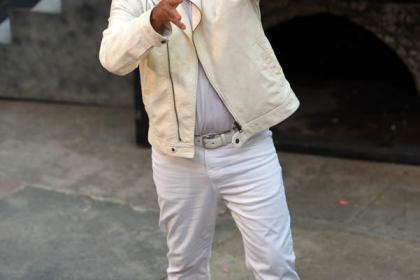 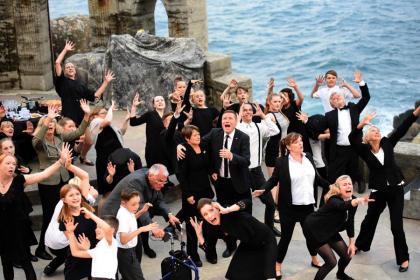 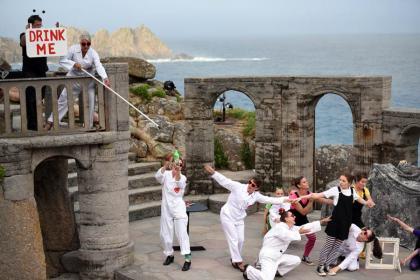 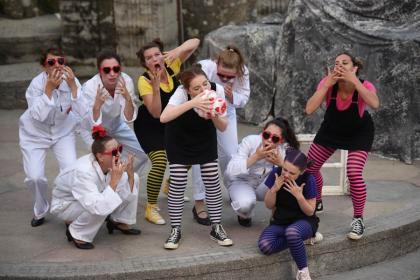 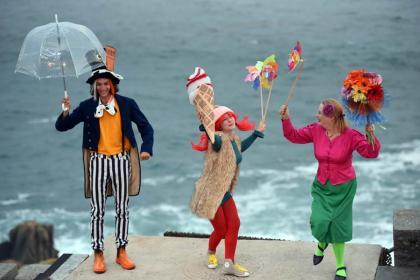 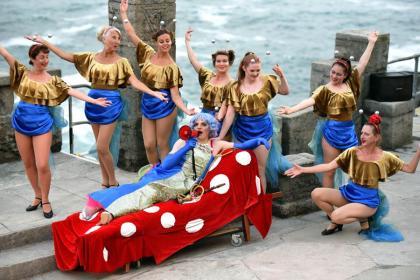 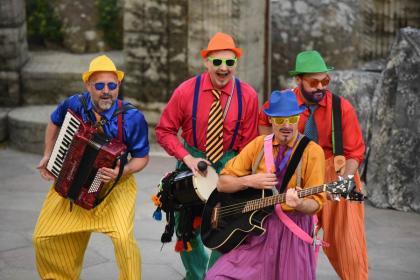 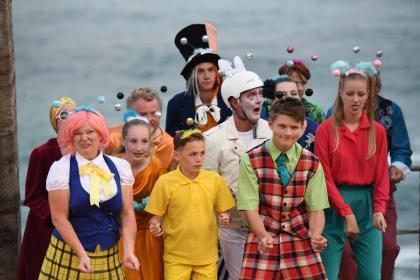 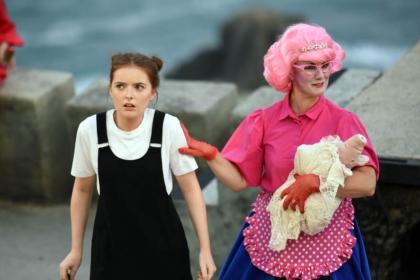 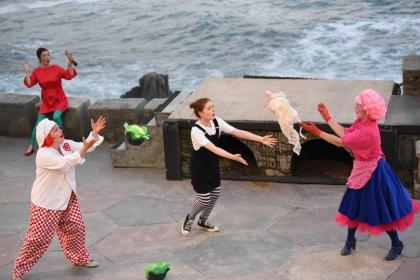 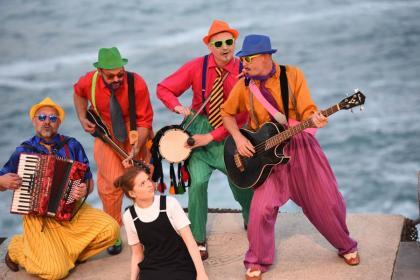 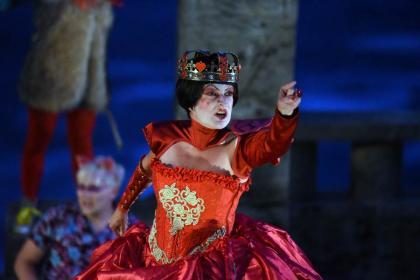 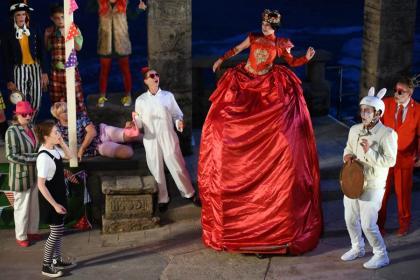 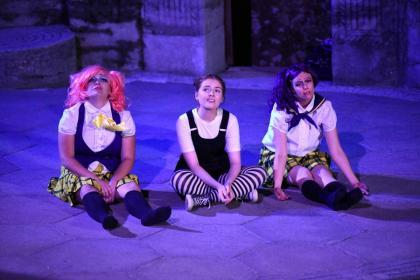 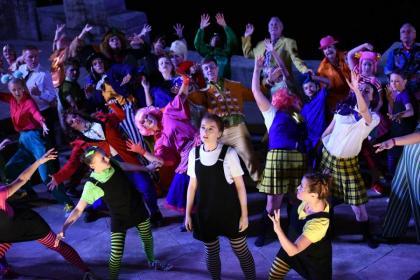