One of the most dynamic and compelling bands performing today, whose unique style combines a blend of contemporary Folk, Roots, Americana and World music, together with beautifully crafted vocals, irresistible rhythms, memorable melodies, creating a truly uplifting experience.

Internationally recognized, they have travelled throughout Europe, Canada, Africa, and the Middle East and have performed at festivals such as Glastonbury, Womad and Stainsby and at London’s Union Chapel and South bank as part of a world music series presented by the National Theatre.

The evening’s performance will feature music from their new album entitled, Celebrate. Using such acoustic instruments as violin, mandolin, Bodhran, Native American flutes, percussion, guitars and accordion, the album captures the inspirational nature of the band that celebrates their long musical journey. The listener is drawn into beautiful melodies, harmonies and rhythm, which sets the contemporary mood of the album and makes their sound so unmistakable. They will also be performing a selection of songs from earlier Pftr albums and from recent solo projects. Always known for their innovative approach to music and sound, along with the beautiful merging of male and female voices, the band bridges traditional with modern cultures, world music and folk-roots, creating a rich, intriguing tapestry of acoustic ambience.

“Celebrate, the new album - The music is, at times, both beautiful and uplifting and accurately reflects the feel and atmosphere of their live performances which have attracted so many fans to them worldwide. There is even a rather mystical feel to some tracks keeping the listener attentive at all times. Overall, this is a delightful fusion of modern folk music and a bunch of very talented musicians all coming together in perfect synergy.  Rory M Stanbridge, Fatea Magazine

“this driven musical collective lead by the visionary DeCicco brothers just can't stop the potency of their music and the uncanny enchantment it spreads amongst all of us who have been fortunate enough to hear the music and follow their journey”.  Max Reinhardt BBC 3 Late Junction

“Ambient rhythms, combined with world music, fine vocals that produce atmospheric and affecting pieces to the delight of the listener. Taken individually, the tracks are revelatory….music fans would be well advised to check out Pftr… well worth a listen.”  Hot Press

No-one would ever go to the Minack open air theatre praying for the rain, but a band with a weather-teasing title, tempted fate at the start of a perfect August Bank Holiday weekend.

Its prayers were thankfully unanswered as a huge audience packed the cliff side seats to listen to mellow harmonies that were as soft as the pastel light of a perfect summer evening.

Praying For The Rain is a London based group headed by Canadian-Italian brothers Dom and Vincenzo De Cicco, who played with just three of many musicians who have joined  them since the early nineties.

Delagh King beat out the rhythms plus bass man Mal Darwen and Paul Sax, an expressive magician with the fiddle and the soulful face of Joe Cocker with eyebrows to match.

Big brother Dom is on acoustic guitar and a range of flutes and pan pipes, while Vincenzo plays accordion, just as their late Papa used to do.

The brothers pitched-up at Victoria Station in 1986 with their instruments and little else, but they soon made a name for themselves playing everything from Cajun-based music to Celtic folk and Americana, recording their songs and playing everywhere from the South Bank in London to Glastonbury, and touring the world.

They played songs from the group's new album, Celebrate, including the gentle Sacred Stones, with haunting pipes, and Love Song with urgent percussion, taking us on a journey via the October Moon, Celtic Dance, Underwater and The River.

And of course, the song Praying For The Rain, which gave them their name, was right in there.

It is a remembrance of village life in the mountains of Calabria in Southern Italy, of their family roots, and the wish to wash away the bad past and pray for the rain that will water the crops and bring new life.

A sound wish, but luckily it didn't come last weekend. 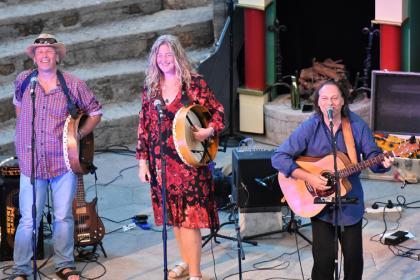 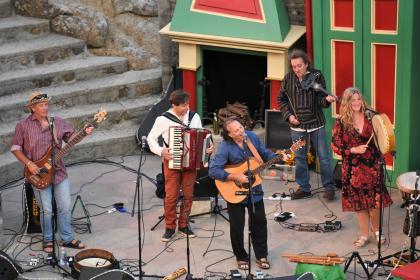 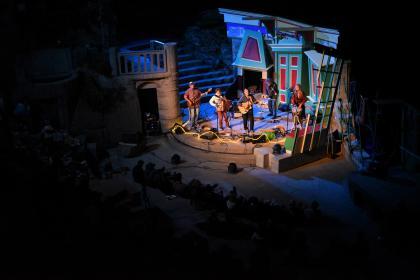 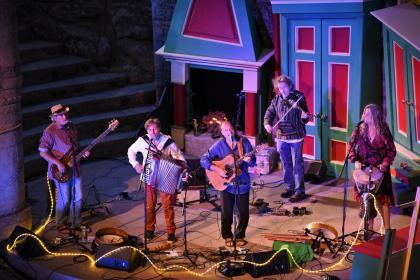