‘Foreign’ fishermen who thought more of cod than God, sparked a proper riot in Newlyn, when they cashed-in on respectful religious observance by the locals, who refused to put out in their boats on the Sabbath.

The fisher folk from the East Coast and Lowestoft in particular, made a fortune out of the Monday markets, by sending their Sunday catch by train to London, while the Cornish Methodists were on their knees praying for better times.

It all happened more than 100 years ago, but in the midst of Brexit talks that have once again left Cornwall’s fishermen high and dry in the face of commercial greed from across the ocean,The Riot strikes more than eight bells today.

Nick Darke, the Duchy’s play writing genius, who was at home lobster fishing and beachcombing, when he wasn’t conjuring-up edgy gems for the Royal Shakespeare Company and the National Theatre, along with Kneehigh, touches on the sense of injustice felt so often in these parts.

But despite being on the wrong end of things too often, the Cornish famously retain their spirit and this production is drenched in it, with a young cast grabbing the chance to swear freely and strongly, scream, shout and bang things about.

From the outset, a tabor has the hell beaten out of it, as the characters find their stride, speaking in broad Cornish as they set the scene for the 1896 riot that was supported by the Mousehole and Porthleven fishermen and their women, in the face of opposition from Penzance, the police and finally the Army and Navy.

It is Kieran Faithfull, playing fisherman Billy, who powerfully calls for a non-violent protest against the practice by the East Coast ‘Yorkies’ of fishing on the Sabbath, and wins wholehearted support..

The exception is Thomas Bolitho, fish merchant, banker, mine owner, mayor and magistrate, who tries to balance the situation in the face of Capps (Danielle English), a fiesty trader, who demands compensation for the 100,000 mackerel reputedly tipped over the side of the incomers boats, and threatens to market their fish in Plymouth in future.

Beleaguered Bolitho, superbly played by Jools Clarke, is also the target of the women in his household who are as sharp as fishermens knives, especially balmaiden Harriett Squeal (Megan Tremethick) who gives it some in high-pitched shrieks, and is a star in this energetic company.

She has been a stone breaker out Botallack, and is seeking to avenge the death of her brother in Africa, after Bolitho closed the mine. Another life is claimed when Bolitho buys a bank for a shilling, and now Harriett is out for her pennyworth during the three day riot.

The 17 members of the cast take on multiple roles under the sure direction of Andy Blake in this David Hunter production designed by Jackie Moule with technical support from Rob Elton, Lee Bartholomew and Lauren Ann Mills.

Sadly Nick Darke died too young at the age of 56, in 2005, but not before he wrote some wonderful pieces rooted in Cornish history.

This play is on tour as part of the Darke Visions Festival and more of his work can be seen this summer at Penlee Park open air theatre in Penzance.

Incidentally, the arrival of the Army and Navy brought the riot to an end, with no lives lost, and a sort of compromise was reached when the Yorkies agreed not to fish on a Saturday night, just on a Sunday . . . let’s hope our Newlyn fishermen get a better deal from Brexit, but don’t hold your breath. 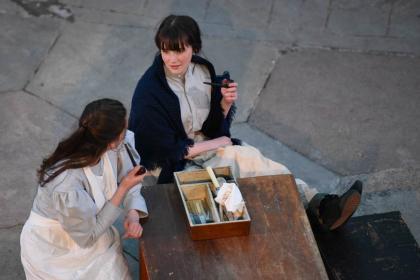 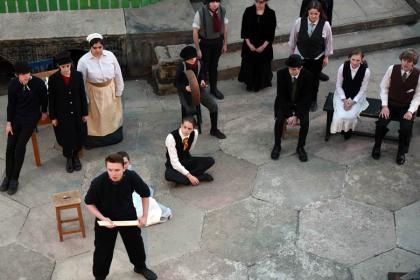 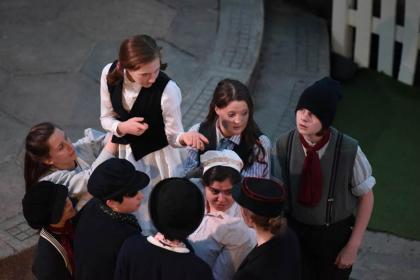 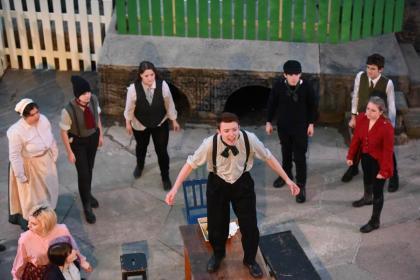 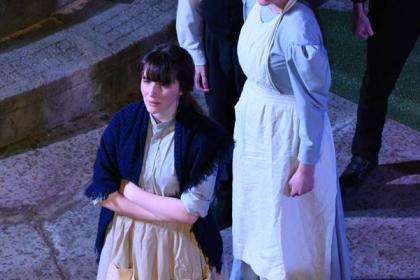 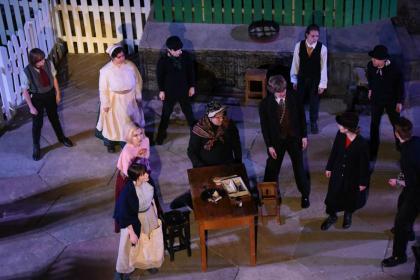 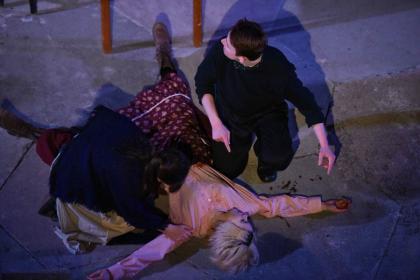