by Jessica Swale, with music by Nigel Hess

The court of King Charles II was ready to romp when it returned to England in 1660 after a decade of exile in Europe, and London was ready to party, after too many years of Puritan rule that had closed the playhouses.

Now that theme sounds entertaining and sure enough it was, as Nell Gwynn won the contemporary playwright Jessica Swale the Laurence Olivier Award for Best New Comedy only two years ago.

It is brought to the Minack by director Mike Millsted and a group of actors from Surrey that have become regular visitors over the years, so set designer Keith Orton knew that he had a ready-made 'royal' box, and a couple of granite pillars to 'hang' the stage curtains on, with 17th century London skyline cutouts completing a simple set.

The players fill the stage with the words, music, colour and sounds of merry England and saucy dialogue written along bawdy Carry On Nell lines, with a touch of class in deference to His Majesty.

A star is born when lippy strumpet Nell, a role embraced and artfully acted by Pamela Cuthill, is 'discovered' by the debonair Charles Hart (Andy Kempton) the leading actor with the King's Company, who talks her into his bed and onto the stage.

The King (James Rolfe) is soon smitten by her straight-talking cheek, despite the loud protests of his Portuguese queen, Gail Bishop, who gives a short but stirringly demonstrative performance, finding the Court set-up "stupido" on several counts.

He ditches his former mistress (Penny Parker) but still dallies with a French contender in a large hat (Jen Allum) while the King's Company headed by David Kay as the manager, and Jamie Heath as playwright John Dryden struggle to find new material  -  how about a drama involving a ship hitting an iceberg and sinking  -  no, no, too absurd they cry!

Despite the naughty aspects of the entertainment, Jessica Swale does make a serious feminist point about the historical introduction of women actors during the 17th century. You may recall that boys and young men invariably played the roles of women in Shakespeare's plays.

Nell Gwynn was one of the earliest to take to the English stage and to be accepted, so in this piece we see Robin Clark appearing in costume with voluptuous false breasts strapped to his torso, playing an actor who had previously taken all the women's parts. He is sensitive and thankfully not too camp about it.

In the meantime, Nell has to decide whether to accept the role of Lady Godiva and 'Gwynn' and bear it. 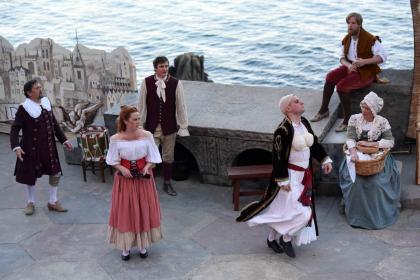 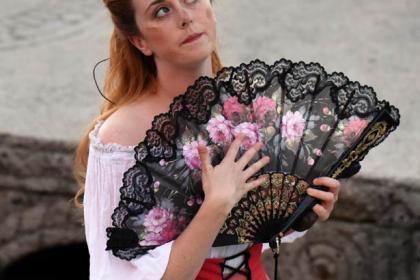 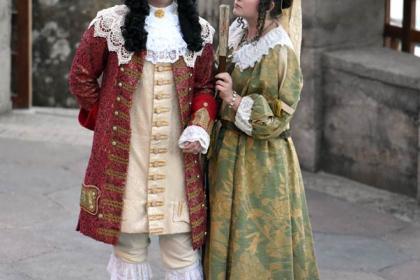 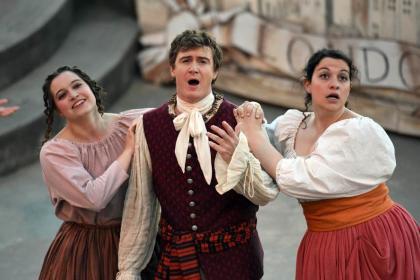 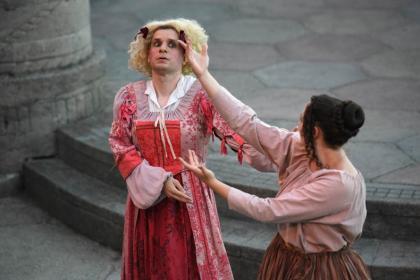 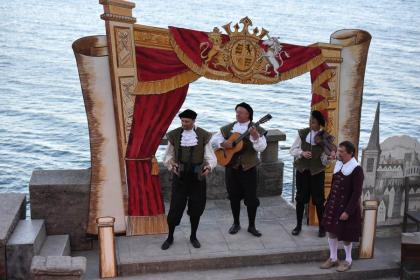 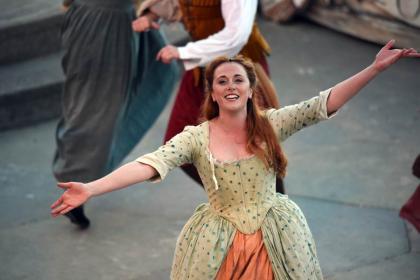 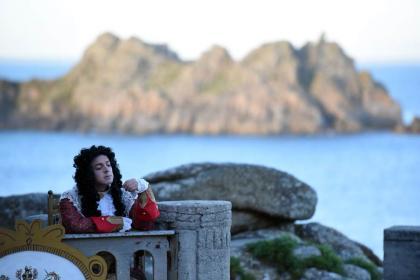 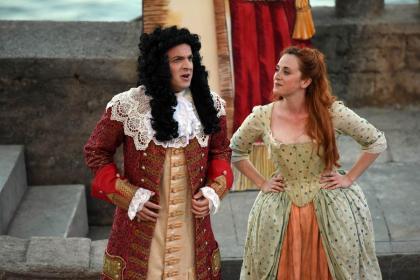 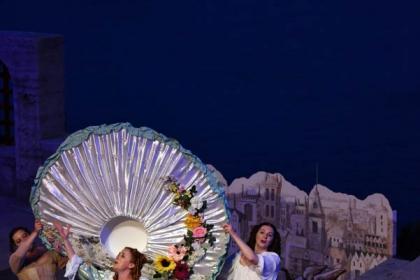 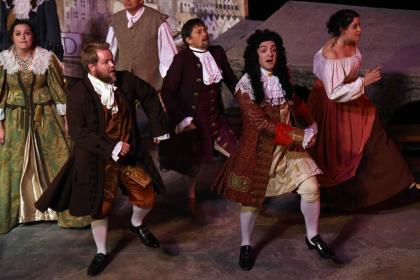 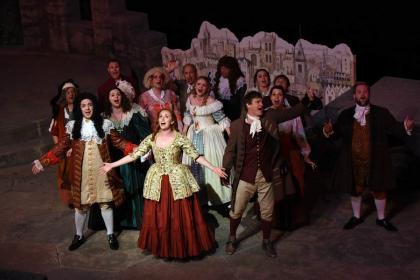