A Room with a View

A Room with a View

“You love the boy body and soul, as he loves you, and no other word expresses it!  Love him!”

On a trip to Florence with her fussy cousin as a chaperone, Lucy Honeychurch encounters the Emersons – a working-class father and son who challenge her to look at the world anew.  Passion blossoms in a sea of violets and Lucy’s world is turned upside-down.  Returning to England, where society’s expectations close in on her, Lucy has to decide what her life is going to be.

More than a romantic love story, Forster’s ingenious comedy is a study in class and social values.  Bodkin Theatre Company have reimagined this favourite classic with their trademark wit and humour, bringing alive an array of colourful characters who at once amuse and confound us.  Pompous clergymen, entrenched upper middle-class gentlefolk, and boisterous uncontrollable youngsters – all of them invite us to witness their follies, but in the end Forster’s sense of humanity demands that we laugh with warmth and compassion.

Download the programme for A Room with a View here

Bathtime at the Minack involved lots of splashing and squealing as an Edwardian tourist immersed his bare bottom into very cold water, only to emerge seconds later to wrap himself into the tiniest terracotta toned towel imaginable.

The stand alone slipper bath stood in a suite at the Pensione Bertolini overlooking the River Arno in Florence, in A Room With A View that is the key to E.M. Forster's classic novel about the British abroad at the beginning of the 20th century.

There was nothing stuffy about this brilliantly witty, irreverent, slightly naughty, cleverly mischievous and immensely enjoyable and creative adaptation by Ben Oldfield, who also starred as Mr Beebe, the most liberated and fun clergyman anyone could wish to encounter on a holiday in Italy.

The play was directed by Rosa Higgs for the newly named Bodkin Theatre Company, formerly the well respected Cube Essential Theatre, based in Helston, founded by Ben and Jenny Oldfield and Johanna Egar.

Jenny also starred as the very anxious chaperone, Miss Bartlett, alongside Johanna, the soon-to-be novelist in search of adventure, Eleanor Lavish, who both tugged in different directions as they 'educated' the lovely young Lucy, Alanah Bloor, on their tour around Florence.

It is the humble Mr Emerson, Ben Symes, and his sweet-natured son George, Rufus Love, who offer their room to the English ladies when they arrive at the pensione, to find that the best river view bedrooms are taken. The two actors strike an exceptionally fine balance, with Ben taking the prize performance biscotti as the Tuscan tourist who takes a bath.

These 'ordinary' gentlemen are sniffed-at by Miss Bartlett, but the jovial Mr Beebe includes them in his guided tours of the city and its surrounding violet-studded hills, where George and Lucy exchange a kiss.

Lucy is destined for a high society marriage back in England, to the pretentious Cecil, Simon Johns, but the dynamic is disturbed by that warm Tuscan embrace.

Speaking of which, the audience is immediately absorbed into the terracotta and ochre-lit staging of this drama, filled with a lively cast surrounded by piazza props, called out Italian greetings, the postman whizzing around on an ancient bicycle, and a market stall loaded with local produce and bottles.

It is playful from the off, thanks to designer Sandra Goodenough, and a young team of musicians, headed by pianist Stella Pendrous, with mandolins and squeezebox, and a happy holiday soundtrack, all put together by the team that is Bodkin.

The pensione bath is briefly upturned to double as the Basilica of Santa Croce, and is re-filled with freezing water to represent a lake in the Surrey Hills, where bathing suits are worn for another hilariously funny dip.

A score of colourful umbrellas are twirled to represent turning cartwheels, raised to become leaf green or lime trees, and lowered to become a field of exceptional violets.

The actors, with every word perfect and clearly projected to the audience, are also the creators and producers and included Keith Sparrow as Mr Eager, Diggory Gill as Freddy, Rachel Vaughan, Tee J. Randall as Signora Bertolini, Matt Combe and Will Jones, Andrew Gill, Emily Oldfield and Evie Dark.

They all came together to give us a typically Tuscan and English experience to treasure. 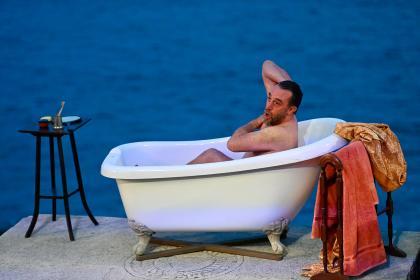 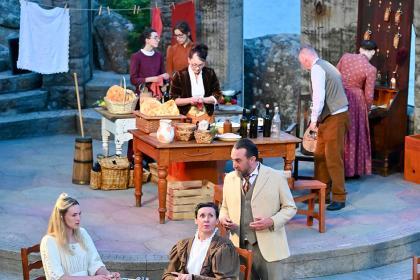 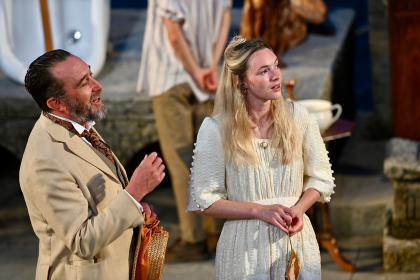 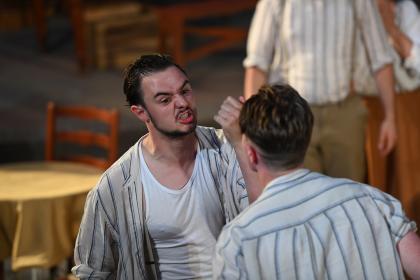 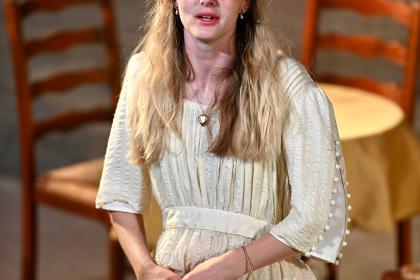 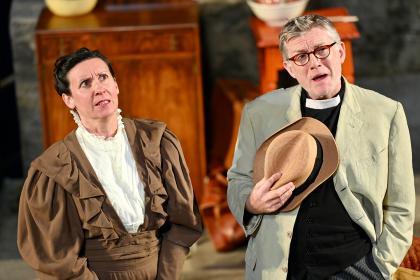 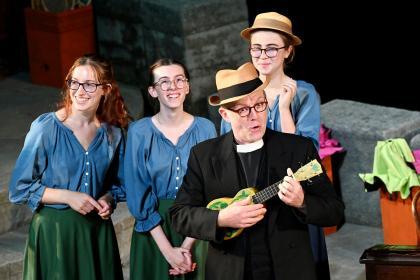 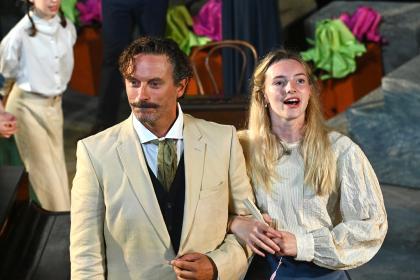 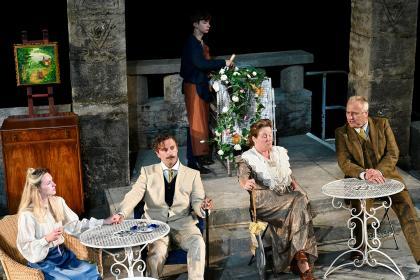 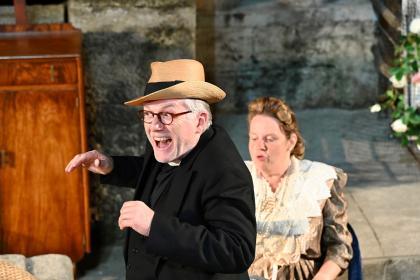 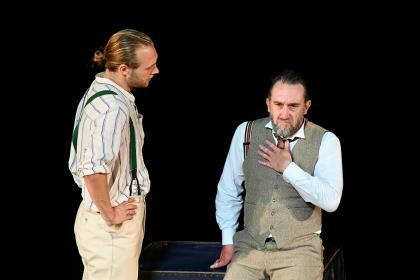 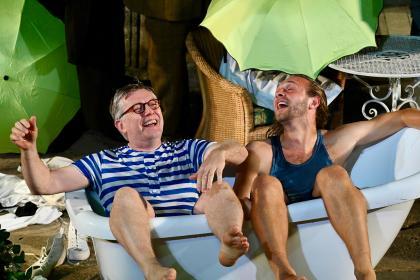 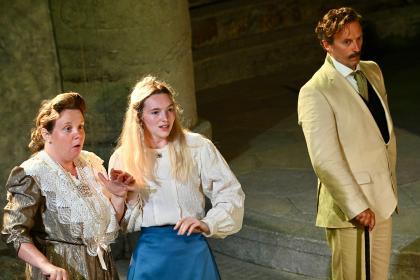 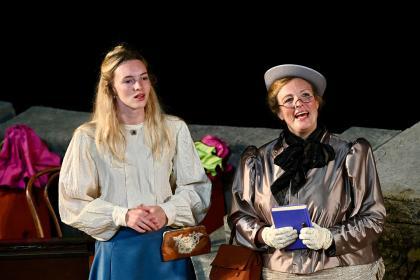 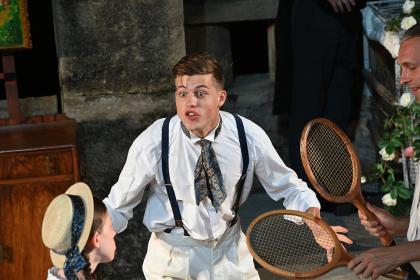 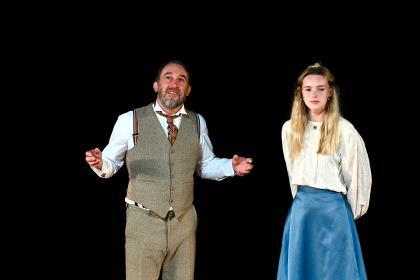