‘They seek him here, they seek him there…..’ but for an evening of unalloyed entertainment you need look no further than the Minack Theatre, where our elusive hero will be rescuing French aristocrats from the shadow of Mme La Guillotine, right under the noses of their dastardly captors!

Sir Percy Blakeney appears to be nothing more than a foppish playboy.  In reality he is The Scarlet Pimpernel, a formidable swordsman, master of disguise, and quick thinking escape artist - the toast of English society, and the arch-nemesis of revolutionary France.

Featuring music, dancing, swordplay, and a large cast of colourful characters, The Scarlet Pimpernel is the perfect summer cocktail of swashbuckling romance and adventure!

C'est magnifique! Let the Frenchies seek him everywhere, we just need to celebrate the flamboyant punk rock and operatic musical direction, in-your-face staging and breathtaking costumes and design for the pursuit of the posh-talking Pimpernel and his English League of Gentlemen.

This is the age of Le Terreur during the French Revolution of 1792, when Madame Defarge sat in the shadow of her sinister sister Madame La Guillotine, knitting with blood red wool to match the results of beheading scores of aristocrats.

The story of The Scarlet Pimpernel was written by a Hungarian aristocrat Baroness Emma Orczy, at the start of the 20th century, when she unsurprisingly created an English hero who used the art of disguise to liberate his wealthy French counterparts.

The Geoffrey Whitworth Theatre, founded in Crayford, Kent, an impressive 74 years ago, originally in a shed surrounded by allotment gardens, brought this comedy adaptation by Beverley Cross, directed and designed by Andy Briggs with production and stage managers Julia Kemp and Linda Newton, to the Minack with a large and lively cast.

But the real stars of this production were the team who got together to build an all-too-convincing guillotine centre stage, with a huge range of props by Millie and Sarah Holland and Maddie Cowpland and a dazzling collection of costumes devised over the last three years by Liz Naisbitt and Nicqui Willis with hair and wigs by Claire Ellis

The number of costume changes were stunning, topped by the most 'colourful' Black and White Ball at the Blakeney's, with a glorious array of weird wigs, feathers and hooped skeleton-cut skirts, cutting-edge masks and make-up, with choreography and fights by Alice Higginson-Clarke and Peter Nicholson, set build Dennis Weeks and team, lighting Sarah Hill and Lindsey Dale.

The Clash, Joy Division, The Stranglers and The Sex Pistols were among bands featured on a fabulous soundtrack. Rachel Goldberg was music producer with sound by James McLeod .

The audience was greeted from the off by red capped revolutionaries, the fearsome guillotine sergeant, Brian Kemp, the League elegant in tweed and twill, the aristocracy in fancy frippery, dancing a rock minuet, with stork-like gulls 'flying' on sticks, before the cast exploded into screaming action - and the heads 'rolled' - the sellout audience dazzled by guillotine spotlights pointed at them.

Lawrence Watling the hero, was endearingly superb, the fop who did not fancy getting "blood all down your cravat", artfully dressed in jesters colours as a gentleman, Benjamin Newton resplendent as a Boris-like in the pink Prince of Wales, Susanna Hook an imperious Marguerite, Ross Holland a mean Chauvelin, and David Webster a most 'orrible keeper of Le Lion d'Or. 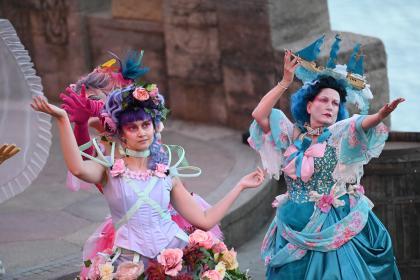 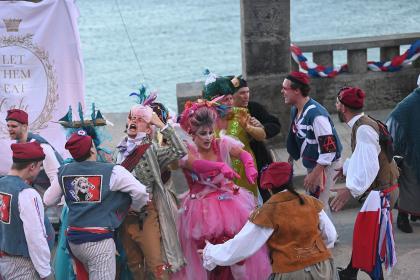 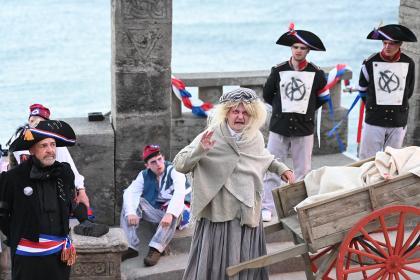 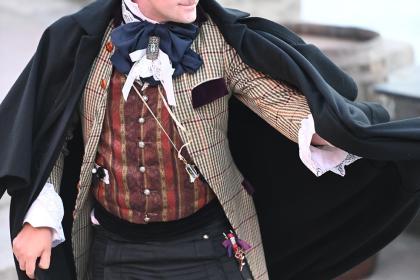 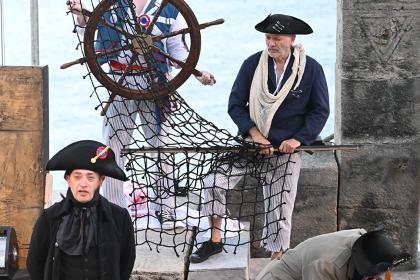 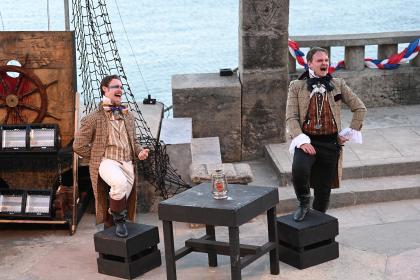 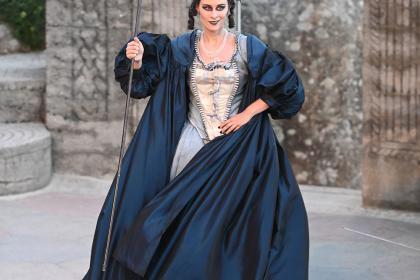 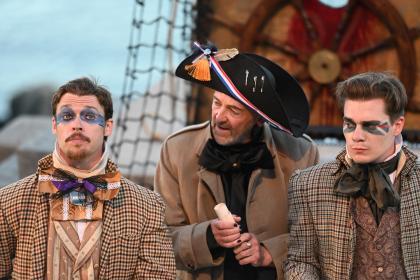 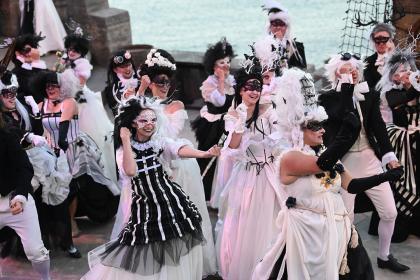 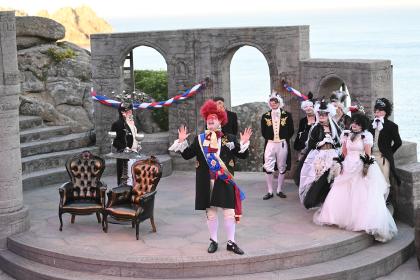 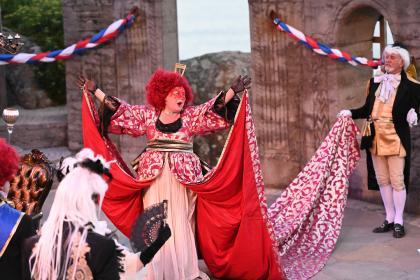 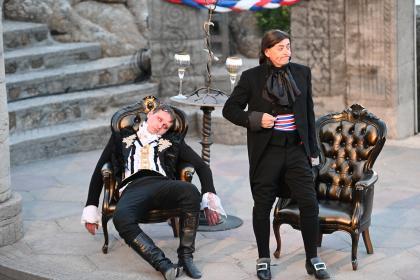 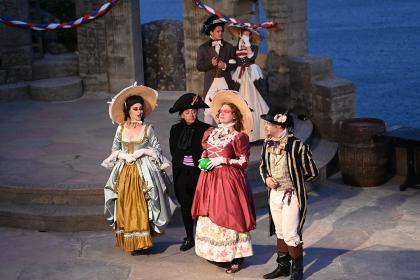 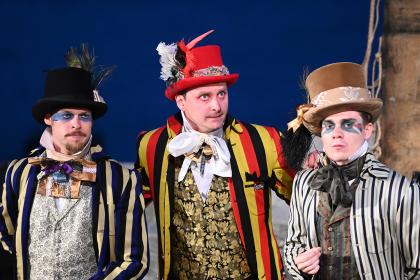 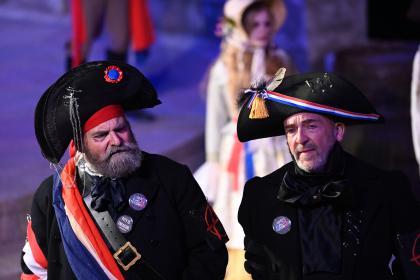 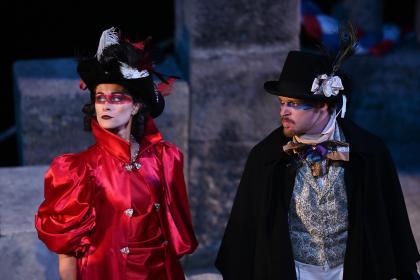 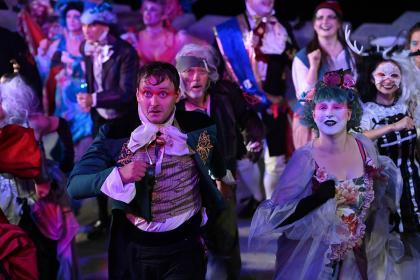