The Merry Wives of Windsor

The Merry Wives of Windsor

Sir John Falstaff is always short of cash, but he’s got a cunning plan to get back in funds. All he has to do is seduce the wives of two wealthy citizens. But he’s bitten off more than he bargained for and double crossings, disguises and a basket full of dirty laundry are at the ready, as the witty wives determine to teach the knight a lesson he won’t forget.

The Minack stage becomes Windsor-on-Sea, with a silhouette of the famous castle flying the flag of St Piran, and surrounded by the thatched cottages of Shakespearean England, for an exuberant colourful classical comedy to celebrate the theatre's 90th anniversary.

Its founder Rowena Cade, was surely smiling at this production of the Merry Wives of Windsor that was brimming with energy and a generous spirit of goodwill, even in the face of the deserved comeuppance of the expansive Sir John Falstaff.

The Derbyshire Shakespeare Theatre Company was fittingly given the honour of peforming during Miss Cade's anniversary week, because she was born and lived in the county, long before moving to Cornwall, and this production also marked its 30th year at the Minack.

The comedy was in the hands of director Tim Heywood, who also took on the roles of designer and costume-maker, and infused his cast with his own clear sense of fun, depicting as he notes in the programme "a wacky plot about bonkers folk" in a play that allegedly took Shakespeare just six weeks to complete.

It was written by Royal command, when Her Majesty Queen Elizabeth I, resolved that her favourite character, Sir John Falstaff, should be revived, despite his death being announced at the start of Henry V, after entertaining her with his earlier antics at The Boar's Head, in London's Eastcheap.

This time the weighty scoundrel has the tables turned on him, after he devises a get-rich-quick scheme to marry either the wealthy Mistress Page or Mistress Ford, despite the fact that they do already have husbands, and, typically, he tries his hand with both at the same time. He jolly well deserves his despatch in a laundry basket with a thatch on top!

When Shakespeare wrote of their delight in scheming to take him down a peg or two, women generally had little status, but his clear appreciation of their undoubted abilities to deceive, gives this comedy a contemporary tilt - what a brilliant psychologist.

There's fun to be had at the expense of others in this plot, including Dr Caius, played with zest by James Dean, clad in a vivid pink wig, crushed velvet jacket, primrose coloured trousers, hooped hose, and loads of lace trimming.

In fact, most of the cast is very distinctively attired by the director, along with Sigrid Mularczyk and Aimee Russam and team - and they even dress their own wigs.

And at the end, in Windsor Great Park, the company dances to a spooky-spectacular-groovy finale that would surely have entertained today's Queen Elizabeth II. 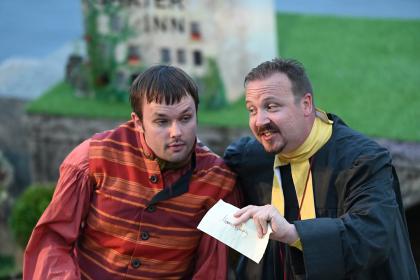 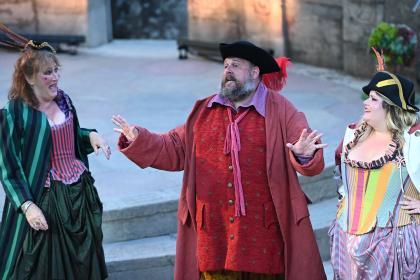 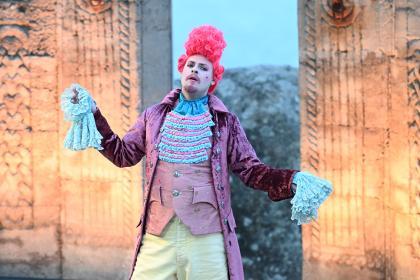 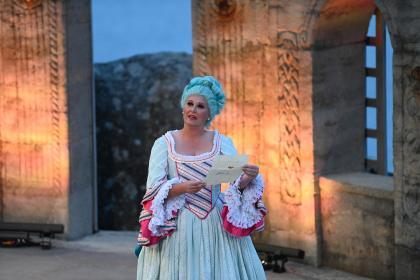 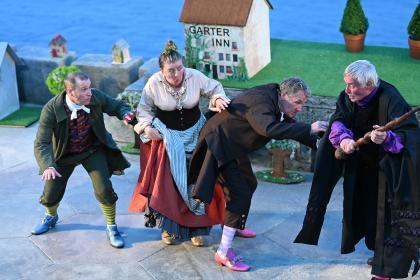 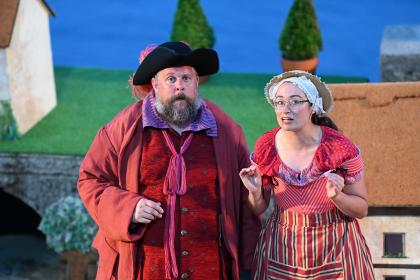 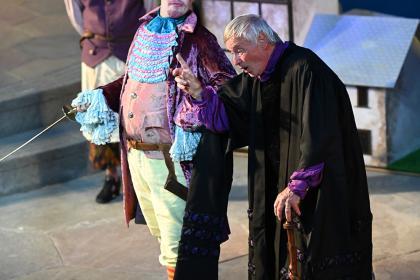 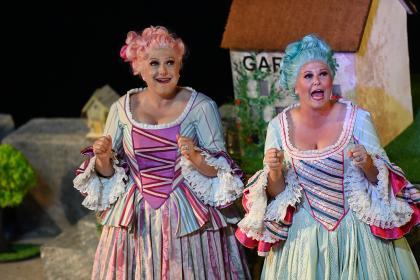 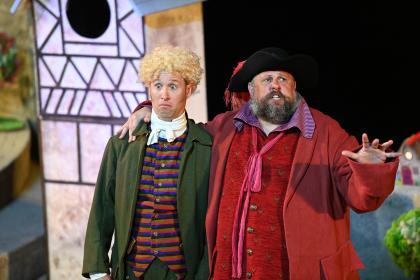 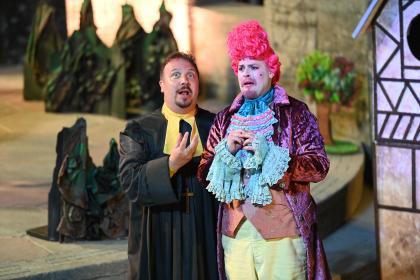 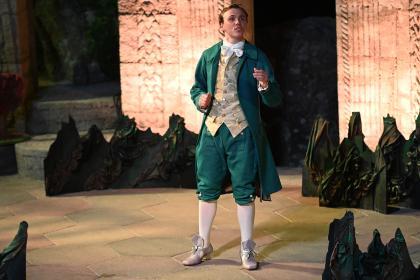 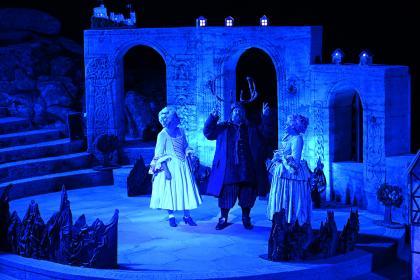 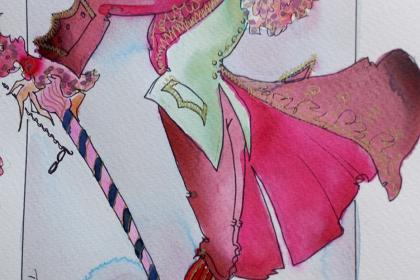 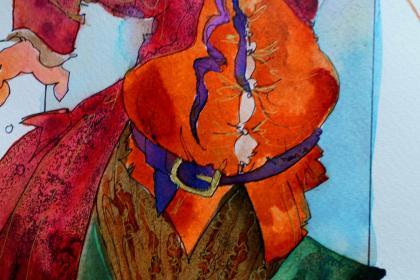 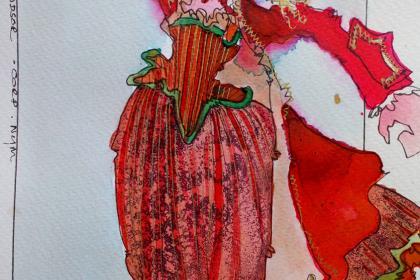 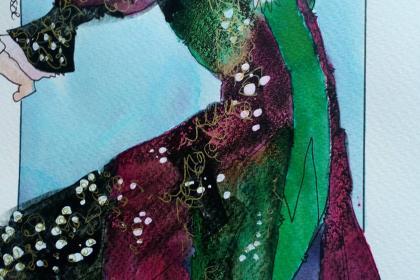