Based on Louisa May Alcott's life, Little Women follows the adventures of sisters, Jo, Meg, Beth and Amy March. Jo is trying to sell her stories for publication, but the publishers are not interested – her friend, Professor Bhaer, tells her that she has to do better and write more from herself. Begrudgingly taking this advice, Jo weaves the story of herself and her sisters and their experience growing up in Civil War America.

The story of the March sisters, aspiring writer Jo, traditional Meg, ambitious Amy and sweet-natured Beth has enchanted generations of children and their dreams and struggles are ideally suited to a musical format.  This adaptation opened on Broadway in 2005 but was not staged in the UK until 2018.

Borrow two song titles from the Broadway musical version of Louisa May Alcott's story about Little Women, and you will find The Most Amazing Thing about this production, is the Astonishing performance by actor Tabitha Knowles, who truly stars as the eldest of three other March sisters.

Tabitha, who trained with the British Theatre Academy that initially offers its students free tutoring, has already shone as Lisa in the Royal Shakespeare Company's version of The Boy In The Dress, adapted from the book by David Walliams, and has also appeared as Blousey Brown in Bugsy Malone at the Lyric Theatre, Hammersmith.

Her experience shows in a super-confident reading of Jo's character, she is headstrong, a tomboy, a young woman "who doesn't want anything, but wants everything" and is unrelenting, independent and determined to find her role in the ultra-conventional American society of Massachusetts in the 1860s.

The March family is headed by a well-respected Marmee, played by Francesca Barberis on the opening night, who is aiming to keep her other daughters, Meg, Katie Charman, Beth, Bethan Keens, and Amy, Rebecca Nardin, safely at home, while their father, an army chaplain, is away serving during the American Civil War.

Alcott's much-loved story is partly auto-biographical as she writes about aspiring author Jo, who is struggling to find a publisher for her cliched melodramas, that are partly played-out by the rest of the cast, quick-changing to appear variously as a knight, a soldier or damsel in considerable distress, awaiting her gallant hero.

It is the true life drama of the March family that will finally give her the inspiration for her best selling novel, Little Women, which has now been brought to the Minack by the British Theatre Academy as a musical, with recorded score by Jason Howland, and lyrics by Mindi Dickstein, which first appeared on Broadway in 2005.

Production and casting is in the sure hands of Matthew Chandler, with director Stephen Alexander, and conductor and musical director Tom Chippendale.

As always, the chosen actors are spot-on, with Rufus  Kampa as Laurie, fresh from his starring role in The Secret Diary of Adrian Mole at the Ambassadors Theatre, Lewis Bingley delightful as the very-correct German tutor Professor Bhaer, Nigel Cole as Mr Lawrence, who is superb in the duet Off To Massachusetts,with Beth, Daniel Wilmot as Mr Brooke and Roberta Cole, poised as the matriach, Aunt March, with Deb McDowell as Mrs Kirk.

The stage area was cleverly restricted to enhance the closeness of the March family, as they celebrate Christmas without their father, and are later united in grief, and ultimately happiness, with all the squabbles, jealousies and good times that are part of life.

The Most Amazing Thing is that the British Theatre Academy always delivers a high quality production at the Minack, so presenting an actor like Tabitha, is not really very Astonishing at all. 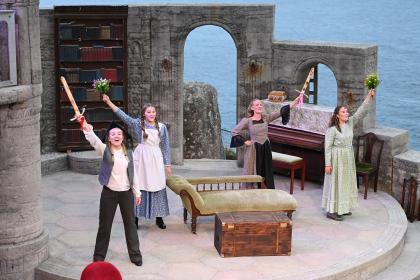 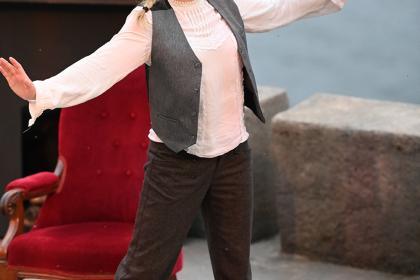 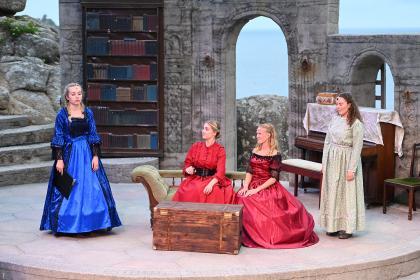 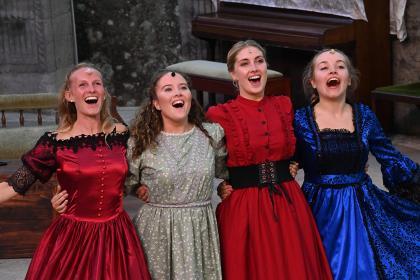 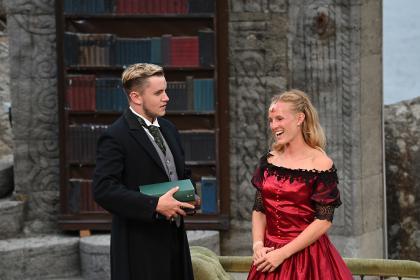 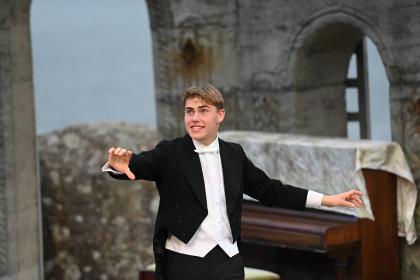 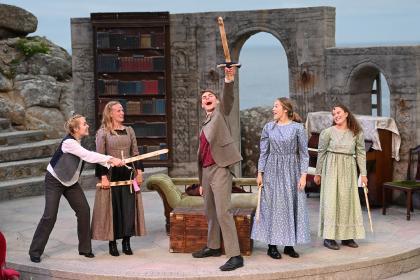 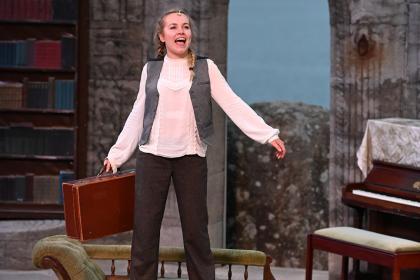 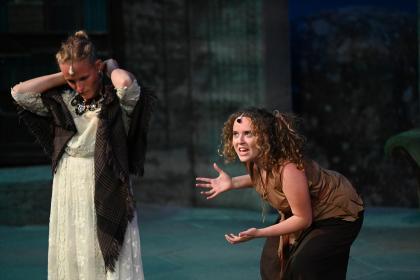 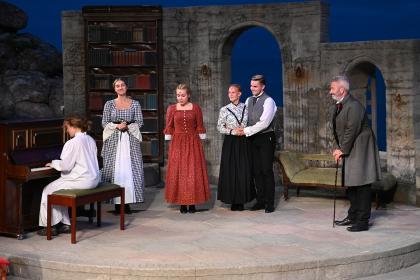 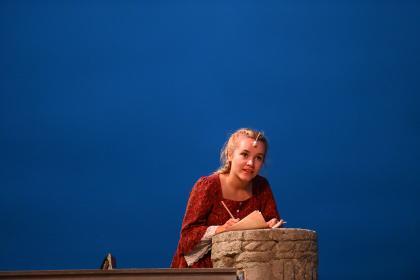 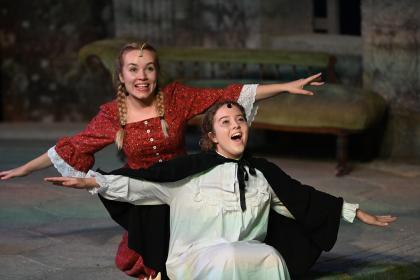 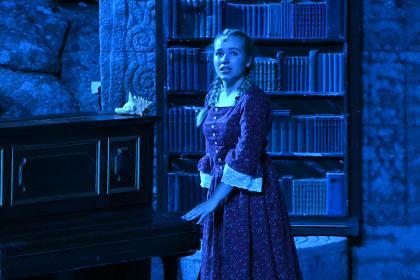 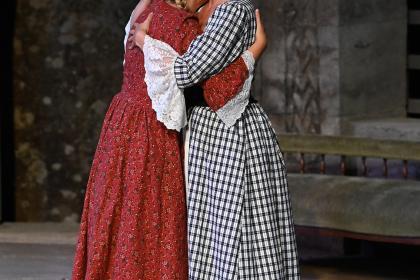 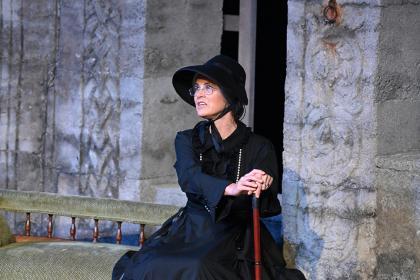 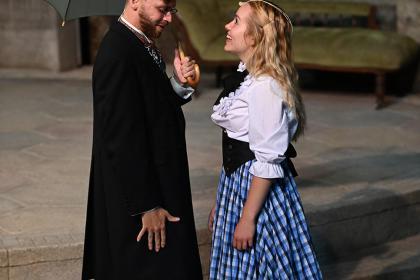 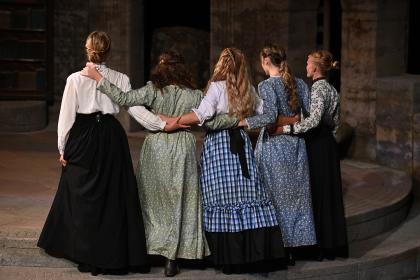