A Minack Production in association with Tête à Tête

In a faraway land lives Lila, who doesn’t want to be just a firework-maker’s daughter, she dreams of becoming a firework-maker herself.  But to complete her apprenticeship, she must learn the most difficult and dangerous secret of all – the one that her father refuses to tell her.  So, she starts off alone on a journey harder than she could possibly imagine, a quest for hidden knowledge … an adventure through which she will learn so much more than the secret she sets out to discover.

Philip Pullman weaves a magical tale of goddesses and demons, pirates and lovesick elephants that is both enchanting and profound, a landscape that is captured perfectly in David Bruce’s vibrant music and Glyn Maxwell’s witty libretto. Commissioned by the Royal Opera House the opera premiered in 2013 and was nominated in the 2014 Olivier Awards for Best New Opera Production.

Guess what, there is an explosive finale to this intriguing opera that will definitely benefit from some homework to understand it before you watch it. The Firework-Maker's daughter is based on a short story written for school children by Philip Pullman and is presented by a small, hard-working and excitingly talented group of soloists, musicians and dancers.

A wet and blustery opening night played havoc with the props and special effects, but the voices simply got better as they were tested by the elements  -  what was missing was a clear projection of the key clues to the storyline. Even the otherwise detailed programme was sketchy when it came to the exact plot.

The first half was a slow burner as we adjusted to watching a Padstow obby-oss style white elephant called Hamlet, covered in graffiti, and with an amazing extending trunk and gold plated tusks, career across the windblown stage, as the glorious but oh-so-lonely counter tenor voice of Feargal Mostyn-Williams pined for its partner.

The firework maker, William Dazeley, made a fire pit spit and spark as he entertained his baby daughter, soprano Lixin Liu, who rapidly transformed into an inquisitive soot-covered teenager who wanted to know the secret of becoming a master of pyrotechnics.

The journey to find the formula on the slopes of an Indonesian volcano, aided and abetted by elephant boys, tenors Daniel Norman and Ryan Vaughan Davies, with bass baritone Andrew Slater taking on a variety of roles during face-offs with pirates and the like, was puzzling at times, but beautiful to watch.

Skeletal bamboo puppets clacked as they were carried up an down the auditorium, and a spectacular moon goddess rose over the horizon of the sea. Silk streamers in fiery strips were flung across the stage, as lemon, lime and orange rags and ribbons fluttered furiously in the wind, as dancers Dorka Zatoni, Hannah Jacobs and Lila Sefi swirled to the choreography of Grace Murdoch, twirling digitally lit and coloured hoola hoops.

Designer Sarah Jane Booth matched the elements with a sturdy set, and the exotic costumes were the work of Marion Harrison. Jordan Lever was stage manager for this collaboration between the Minack and director Bill Bankes-Jones, who lives at Trencrom near St Ives, and his contemporary opera company Tete a Tete. The libretto was by Glyn Maxwell.

The quest for the firework maker's secret ingredient, royal sulphur, sparked-up the action and a combination of talent, perseverance and luck finally rewarded his daughter.

*The production runs at the Minack until July 1 and transfers to Prideaux Place at Padstow, for one performance only, on July 3. 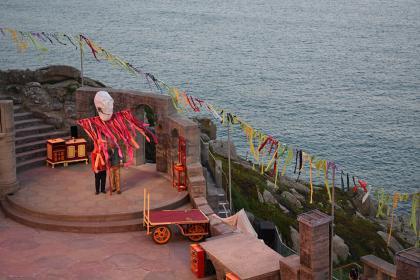 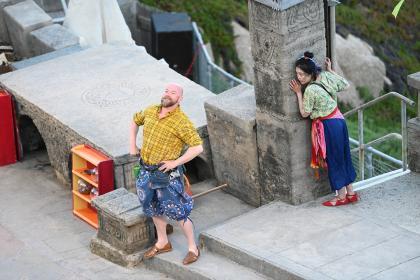 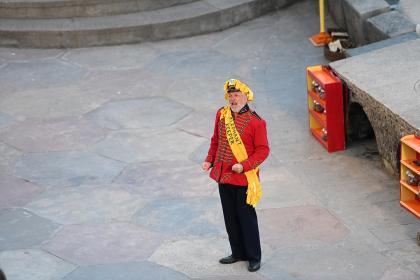 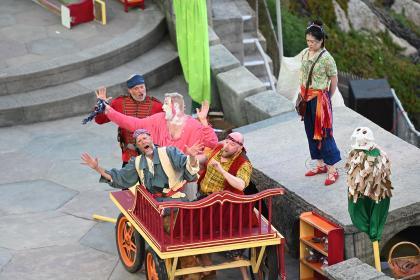 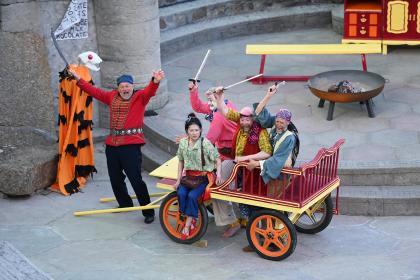 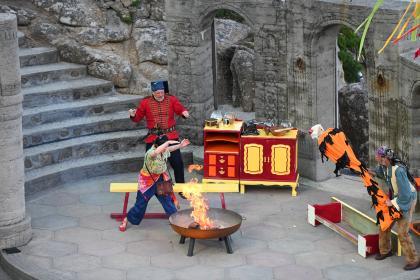 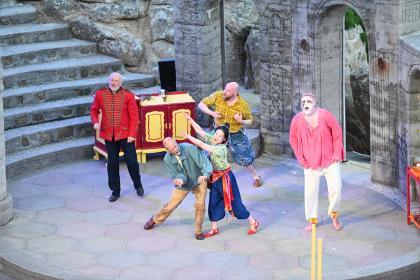 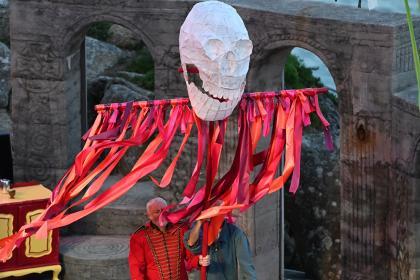 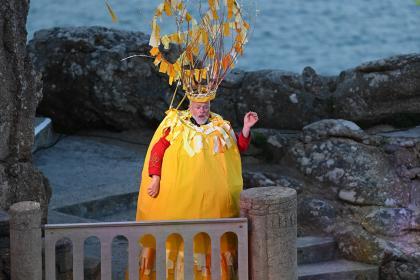 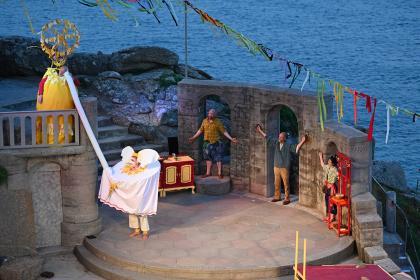