Founded by a handful of local men in 1974, Mevagissey Male Choir have performed all over the world – in Germany, France, Holland, the USA, Canada, Madeira, Gibraltar, Ireland, and Cyprus. At home, they have appeared at many prestigious venues, including the Royal Albert Hall and Westminster Abbey, as well, of course, as here at the Minack Theatre.

In recent years, under Musical Director Graham Willcocks, they have expanded their repertoire considerably in order to broaden their appeal and maximise their fund-raising potential for the charities they support. Today their programmes can include anything from Freddie Mercury, Robbie Williams, Eric Clapton, and other favourites from the ‘60s onwards, to Bizet and Puccini, as well as traditional Cornish choral music.

During lockdown they continued to practise, initially on Zoom, but latterly in the barn of one of their members, ensuring that they kept their music fresh in their minds. They also appeared on television, miming to their own recordings at the Eden Project for the BBC’s ‘Songs of Praise’ programme.

There are currently around 50 singing members of the Choir, with ages ranging from early 20s to 80-plus, and including three original members, one of whom sings alongside his son and grandson!

Culdrose Military Wives Choir formed in 2012 and is Cornwall's only branch in the international network of 72 choirs, comprising almost 2000 members in British military bases across the UK and overseas.

The Helston-based choir includes wives and partners of serving personnel based at RNAS Culdrose and some that are ship-based out of Plymouth and Portsmouth. Culdrose Military Wives Choir also boasts members that are themselves in service or have previously served, along with veterans’ spouses and civilians working in the military community.

The Military Wives Choirs is a charity that brings all women in the military community closer together and empowers them through singing. 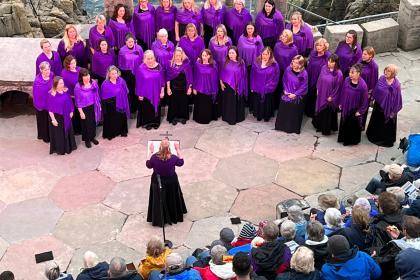 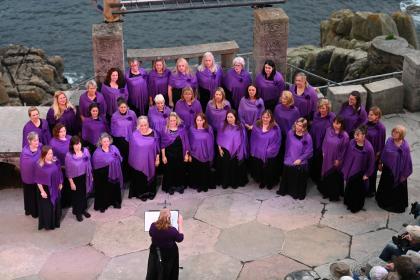 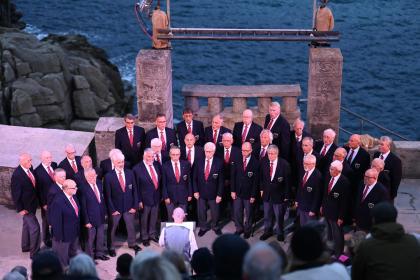 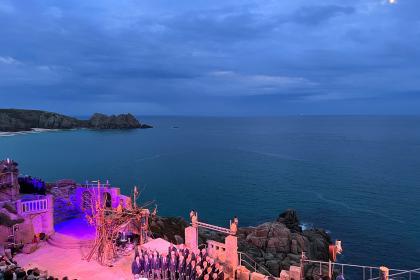