An amateur production by arrangement with Nick Hern Books

One of Dicken’s best loved novels is brought vibrantly to life in this warm, funny and fast paced adaptation, full of his finest characters, including the ultimate optimist Mr Micawber, the fawning Uriah Heep, the formidable Aunt Betsey Trotwood and the glamorous, spoilt Steerforth.

How many of you have ever seen an imaginary stage carthorse being offered a couple of lumps of sugar by its actor coachman before? It was a first for me, and its recorded responding whinny of delight set the tone for a totally absorbing and clearly told story of David Copperfield by Charles Dickens.

Surrey's Miller Centre Theatre Company is no stranger to the Minack stage, and its director Niall Monaghan has been part of the team for nearly 44 years, so it is hardly surprising that they know their way around the open air arena well enough to calculate exactly what works.

The scene was perfectly set, with a sturdily-built simple group of creosoted timber sheds and an upturned boat representing the many stop-offs in the life of David, from the home of the Peggotys on the beach at Yarmouth, to the Dover residence of Aunt Betsey Trotwood, and a London bottling factory owned by his more than mean stepfather, with its repetitive soul-destroying production line.

And dramatically, cleverly, out of one of the doors slid the very 'umble clerk, Uriah Heep, busy at his desk, a slippery customer, if ever you saw one, very cunningly and cruelly played by Jay Rolfe. A superb scoundrel.

It was a fine piece of casting and direction, matched by a group of actors and supporters, who each took on several roles, notably Lucinda Banton playing the young Davy, later switching to become his dear Agnes, the loyal friend of the adult Copperfield.

Likewise Jen Allum took on the roles of the simpering soft voiced child-woman Dora, who will become his wife, as well as being Mother to David..

The baddies, Mr Murdstone and his sister Jane, Robin Clark and Gail Bishop, headmaster Mr Creakle (lovely name), Russ Gregory, and the not-so-noble Steerforth, Isaac Lewsey, simply relish the dark characteristics written for them by Dickens, who put many of his own early life into the novel that was published in 1850.

The pacey adaptation by Alastair Cording, paired with designer Keith Orton's twelfth and last ever set for the Minack, put together by Mike Bell and team, the inspired sound effects and music by Jonathan Mash and Ian Rae, including the dramatic sea storm, with lighting by Martin Swain and Alister Morton, and wardrobe by Berry Butler, Nigel Kemp and Elizabeth Callow, all combine to make this a rich theatrical experience.

And they even remembered to give the carthorse a treat! 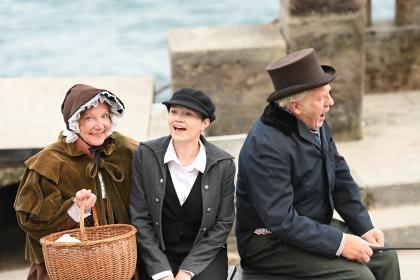 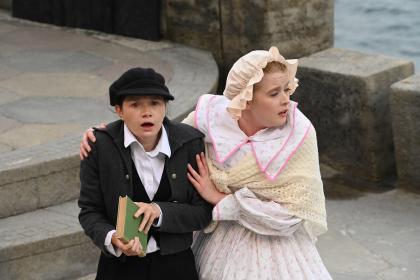 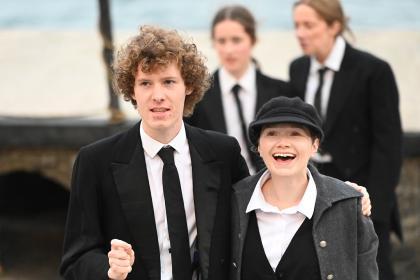 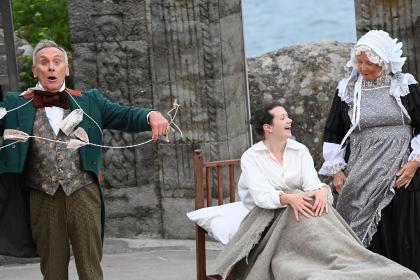 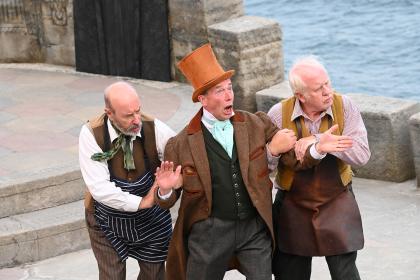 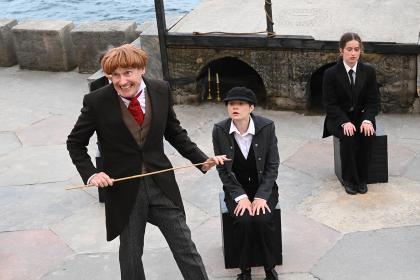 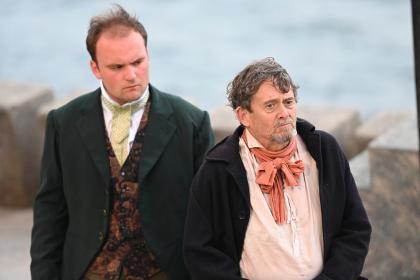 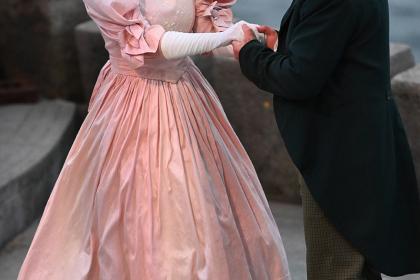 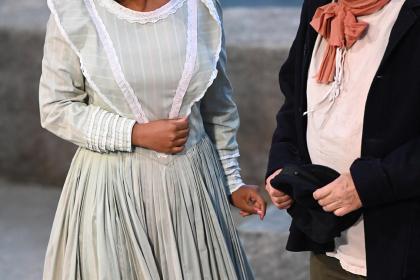 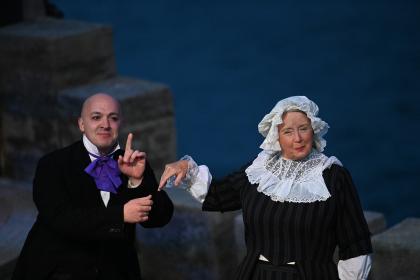 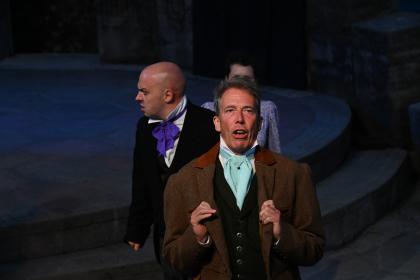 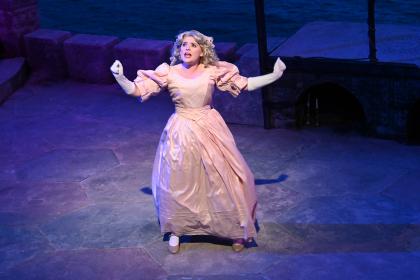 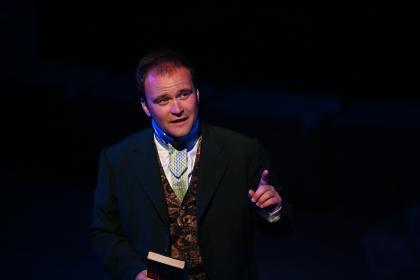