Based on Ferenc Molnar’s Play "Liliom", as adapted by Benjamin F. Glazer with original choreography by Agnes de Mille
This amateur production of CAROUSEL is presented by arrangement with Concord Theatricals Ltd.

Set in a Maine coastal village toward the end of the 19th century, this classic show features some of Rodgers and Hammerstein's most iconic songs, including “If I Loved You”, “Mister Snow”, “June Is Bustin Out All Over” and the iconic “You’ll Never Walk Alone”. Richard Rodgers once wrote that of all the musicals he collaborated on, Carousel was his personal favourite, owing to its timeless score and the variety of complex themes explored.

The story tells of roguish carnival barker Billy Bigelow and mill worker Julie Jordan, who meet and fall in love. After a time, desperation leads to Billy committing crimes in order to provide for his family, with potentially tragic consequences. A secondary plot concerns the blossoming romance of mill worker Carrie Pipperidge and the ambitious fisherman Enoch Snow.

Redruth Amateur Operatic Society Trust are delighted to be returning to the Minack Theatre, following their 2018 production of Jesus Christ Superstar, which won the coveted ‘Minack Trophy’.

You get one heck of a ride for your five cents when you take this Carousel journey with the Redruth Amateur Operatic Society Trust in their latest musical production at the Minack.

For one thing, You'll Never Walk Alone, and for another, June Is Bustin' Out All Over, are just two of the oh-so-familiar songs that single out this award-winning work by two legendary names in musical theatre during the Forties and Fifties, composer Richard Rodgers and lyricist Oscar Hammerstein.

For sure, the script sounds dated right now, but when it launched on Broadway in 1945, the theme of domestic violence in particular, and crime driven by desperation, was well ahead of its time.

The title is beguiling, but this is not a candyfloss story, the tale of cheating, thieving, betrayal and suicide will never be glossed-over by the fun of the fair, or a summer picnic and clambake for a small community living on the east coast of the US in the state of Maine.

If only there had been no badass named Billy Bigelow, and his equally intimidating mates, and a sweet young trusting woman called Julie, the whole tragedy might not have happened, but there you go. It did.

Four years ago, this Redruth group became only the second amateur Cornish company in the 90 year old history of the open air theatre to win the Minack Trophy for the best production of the season, with a truly stunning presentation of Jesus Christ, Superstar.

Of course, they were invited back, but Covid came into play, and the award-winning combination of director Helen Hartshorne and musical director Alastair Taylor have waited a long time to return with several new faces and some superb voices.

There's lots to cram in, but at nearly three hours long, the acting pace could be sharper to overcome inevitable audience fatigue, for what is a beautiful and strong end to the show, when Catherine Centofanti gives an enchanting dance performance as Louise, watched by starkeepers Gareth Harris and Roland Bray.

Joseph Eva makes a good sound debut with RAOST as Billy, with the sweet singing Julia Cockerham as Julie, and tenor Nicholas Pilborough as the prissy Enoch, also makes a star debut alongside the steadying experienced Tara Woollacott as Carrie, and returner Rachel Saundry as Mrs Mullin.

Jenny Oldfield as Nettie gives us a very memorable You'll Never Walk Alone, and Tom Richards relishes the role of nasty Jigger Craigin, with RAOST chairman Clive Triolaire, elegant as Mr Bascombe, working with a lively chorus that includes many young actors, with Paul Dash bringing with him wife Roxanne, and three of his four daughters.

The well-thought-out set was designed and built by Debbie Arthur and Steve Hunt, with a big team of helpers, and a huge number of fabulous costumes and the prettiest of bonnets were put together by Roxanne Dash and Avril Barton - and the real life Punch and Judy Show was great fun. 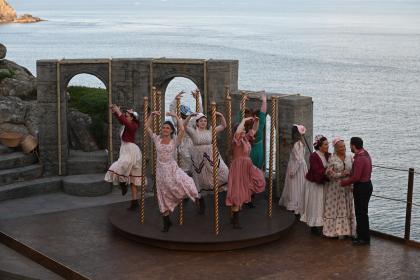 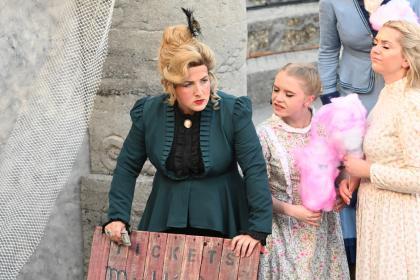 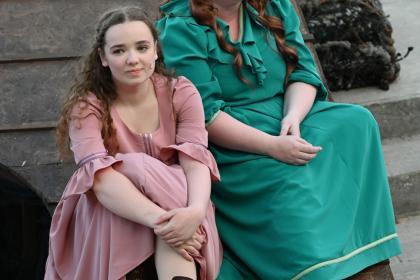 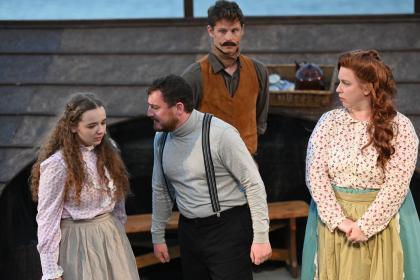 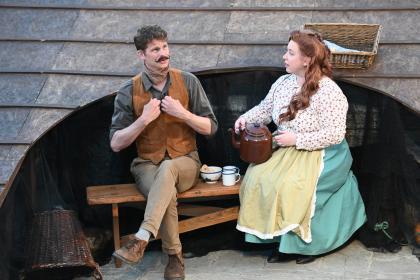 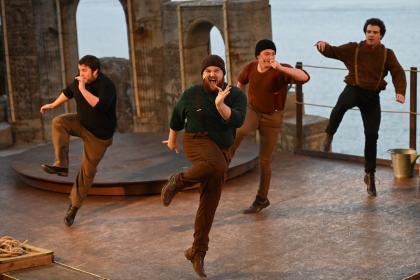 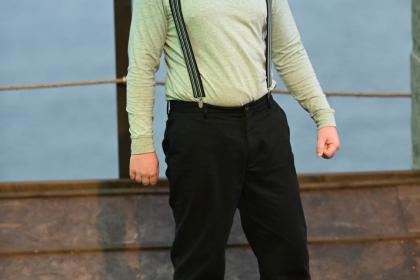 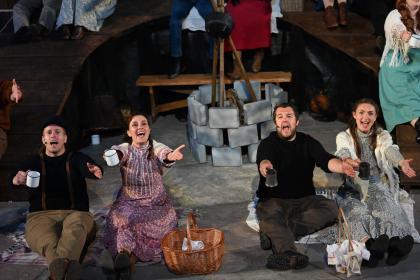 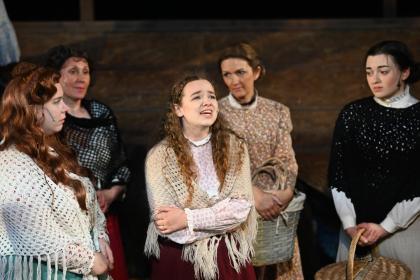 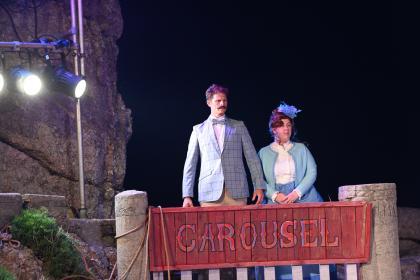 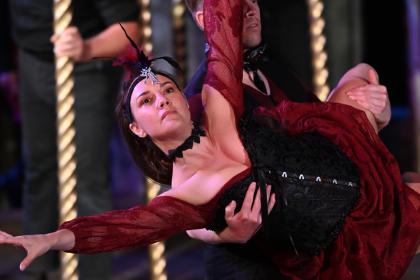 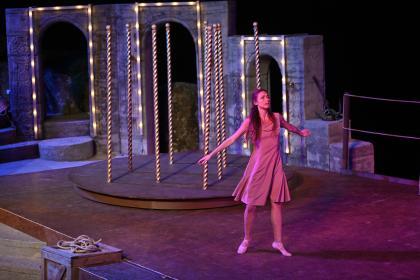