Mischief return to their comedy Mischief Movie Night, the improvised movie live on stage!
You suggest a genre, location and title and Mischief’s improvisers bring the show to life, complete with rewinds, fast forwards, directors cuts and a thrilling live score.
Starring them, directed by you, Mischief Movie Night is a guaranteed comedy blockbuster!

Mischief Theatre is serious about silliness amid very slightly choreographed chaos, for its strictly wacky improvised movie-making, so after weeks of pandemic worry, we're all more than up for a show that is simply full of fun.

This famous group's Mischief Movie Night got a great first show reception as it launched into some sort-of scripted action, and plenty that wasn't, after the audience kind-of predictably prescribed an adventure involving pirates and treasure.

The audience was invited by film director Oscar, alias one of the group's artistic directors, Jonathan Sayer, to shout out suggestions for a movie to be made live on stage, resulting in a melodrama on the high seas, involving a quest for The Mighty Minack hoard, by a crew who all called one another Gibbs, for some unaccountable reason.

Jonathan, a wiry power-house of a director, squealed with a mix of derision and astonishment at the improv antics of his actors, frequently 'freezing' them mid-scene, cutting the lights and music, and inviting the audience to ridicule the motley crew.

All were attentively and ingeniously accompanied by synthesised keyboard and rhythm musicians Richard Baker and Yshani Perinpanayagam, who had their work cut out keeping up with the sudden scene shifts, the press-ups, and the bursts of chorus, as the actors floundered along to the cheers of an audience that was with them all the way.

It was the stuff of legend, as the imaginary ship veered from "slow and steady" via a "compass of yore" into an inevitable storm, and finally the Isle of Marbella, where the crew encountered a trapdoor of verbs, sublimation, and a shot in the foot, before rounding off the entire experience with a rousing pirates song.

Several of the actors are the one time students and graduates of the London Academy of Music and Dramatic Art, who founded Mischief Theatre in 2008.

They are still winning worldwide success as the originators of The Play That Goes Wrong, which won an Olivier Award as Best Comedy, and had long West End and Broadway runs.

The group is now touring Mischief Movie Night, and arrived at the Minack via performances at the Regent's Park Open Air Theatre in London - and as it's improv, every show is different. 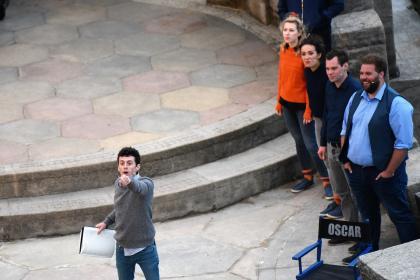 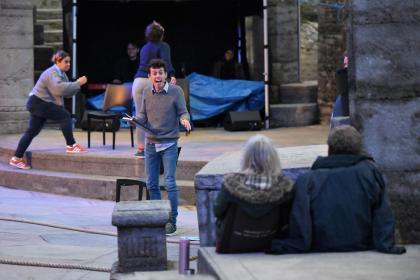 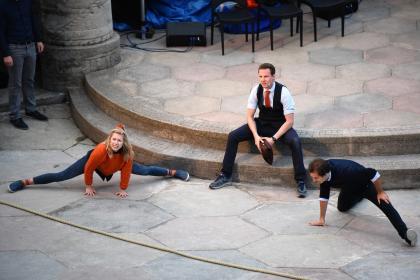 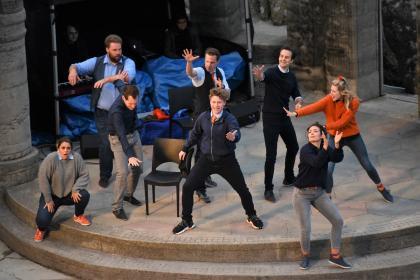 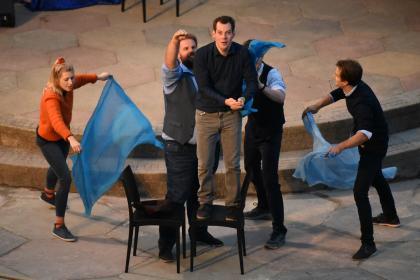 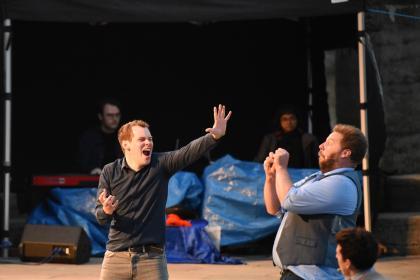 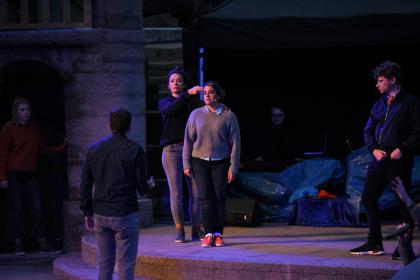 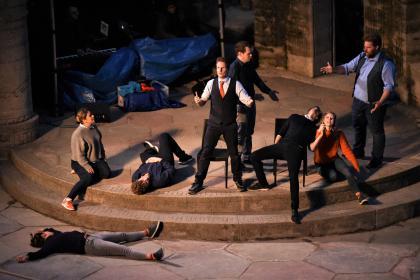 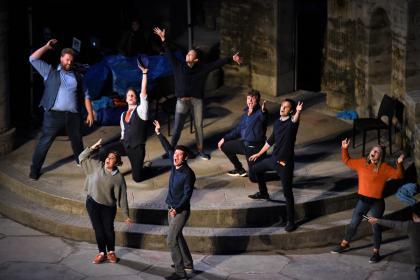