Ladies and gentlemen, boys and girls, let us take you back to the golden age of the silver screen, when heroes were heroes, villains were villains and true love always prevailed. There’s excitement…there’s danger…and a real-live piano player. So gather round to cheer the heroes, boo the villains, and enjoy some old-fashioned musical entertainment.

Ideal for all ages, THE STRONGMAN is a black-and-white, street theatre show with acrobatic circus skills, silent comedy and live music. The story involves an old style travelling circus that has lost its headline act. The crooked Boss is looking for new talent and the young circus girl will be forced to quit if she doesn’t find a new Strongman. A down-at-heel traveller arrives and he’s looking for a job. What could possibly go wrong?

Bash Street Theatre lived up to its name with the zippiest of circus style acrobatic antics, trickily performed in black and white and silence, to a fast-paced thumping, thundering piano accompaniment.

It was 60 minutes of pure entertainment based on Charlie Chaplin's 1928 film, The Circus, that left us breathless, thrilled and still chuckling as we climbed the Minack steps to go home.

Cleverly designed circus trailers had openings from floor to ceiling, and the Chaplin era costumes, and old style street lamp were right on song, along with the limelight white faces of the actors, who juggled, chased and cartwheeled around at high speed.

There were just three pauses in the pace, as the Strongman, doubling as stilt walker wearing long black and white striped trousers, had a literally cliff-hanging totter across the theatre's steeply cambered stage.

Then there was time to wince, as swords were slowly and deliberately inserted into a magician's box  -  containing the Strongman.

Finally, we really did hold our breath, as a very high ladder swayed above the set - yes, with the Strongman clinging on.

Of course, this talented group introduced a 21st century covid touch by wearing masks and antibacterial gel-spraying the massive barbells, giving them a quick wipe, before the Strongman attempted a lift.

Everything on set was black, white or grey, but it was an amazingly colourful production, and gaspingly  good fun. 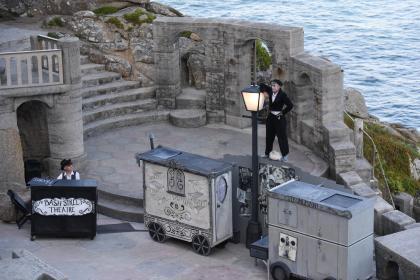 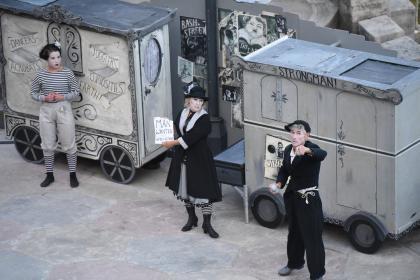 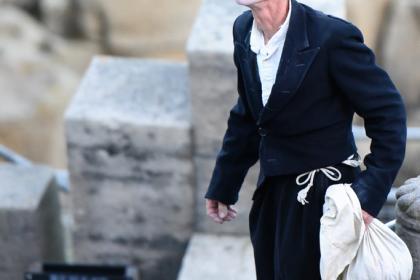 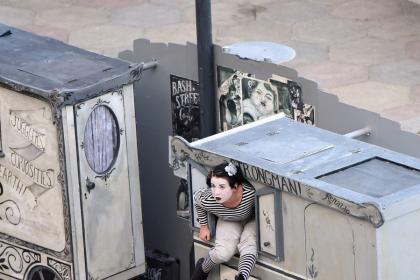 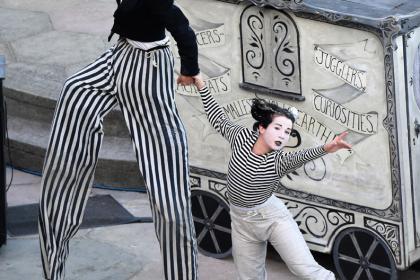 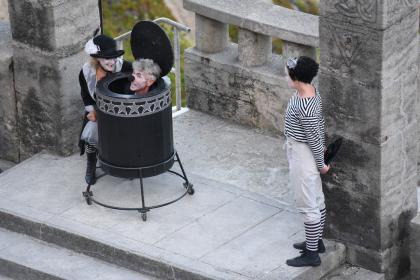 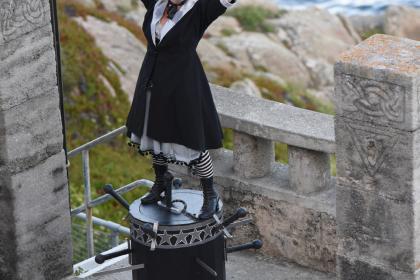 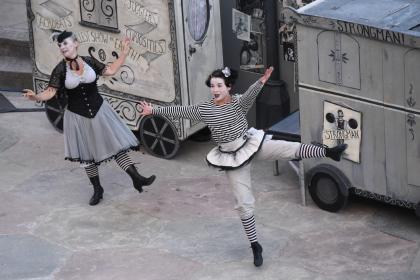 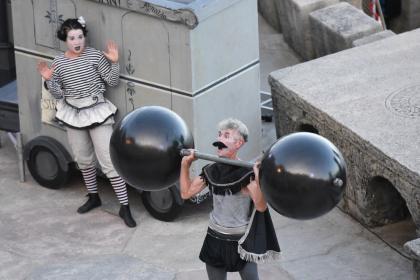 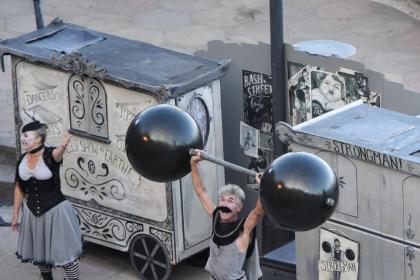 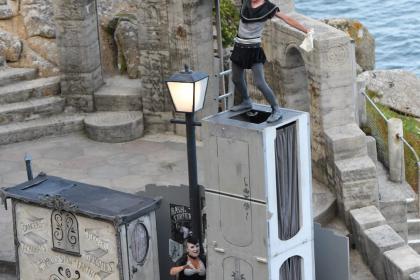 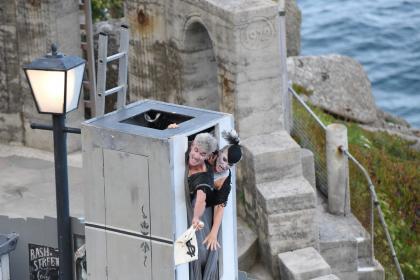 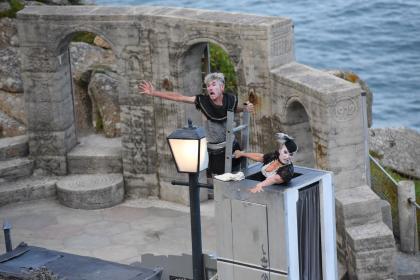 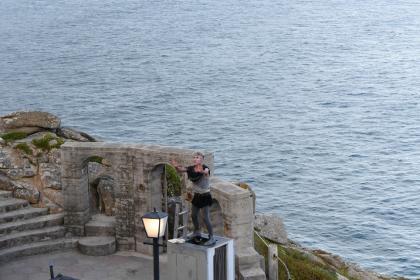