In July 2016, Associate of the Royal College of Music, Simon Latarche, finally decided to leave teaching after thirty-four years, in order to concentrate on his career as a jazz pianist and composer. Having performed with his ensemble at Jazz festivals throughout the South West of England, It was his two sets of Cornish Preludes in 2010 and 2012 that brought Simon to the attention of the international jazz world.

The latest incarnation of Simon Latarche Trio formed in 2017, when Keith Marshall (Drums) and Sam Norman (Double Bass) joined with the aim of creating a selection of new material with singer and lyricist Lucy O’Day. This project has spurned a number of new compositions and whilst these continue to develop, the piano trio has evolved its own identity and can be regularly heard playing mainstream jazz at venues throughout Devon and Cornwall.

Back now in his native Cornwall, Sam Norman studied Upright and Electric bass at LA Music Academy under Kevin Axt. Sam has performed in a jazz trio with Brad Rabuchin providing entertainment for corporate events, around the city of Los Angeles. He has also played in well established Hawaiian band, Pumana, performing at large festivals throughout California.

Drummer Keith Marshall has been active on the music scene since 1978, in the U.K and Europe. Drum Tutor at 'Music Technology' St. Austell for ten years, he also runs ' Hands On' Drumming workshops around the County.

“Latarche’s compositions are a near perfect combination of lyricism and improvisation and the ensemble provides finely knit support to Latarche’s considerable talents as a pianist.” 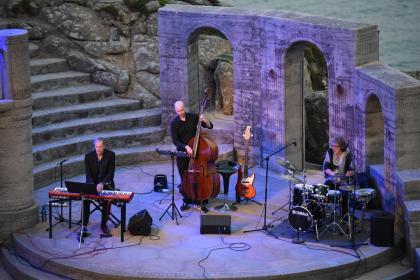 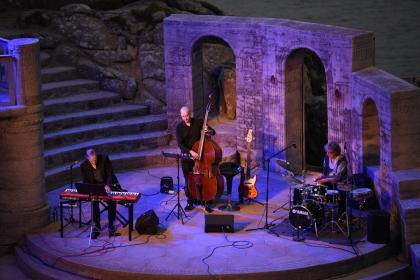 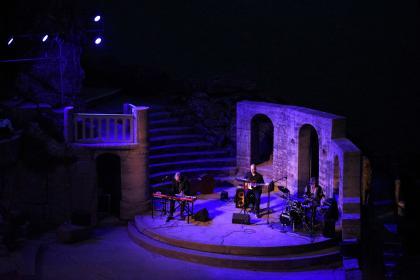