"Mary Bryant's story is one of incredible endurance and indomitable spirit. She is a young woman from Fowey who, as a convict is sent away to the other side of the world to Botany Bay, Australia.  As an instigator she is at the heart of one of Maritime's greatest escapes in an open cutter with her young family and a band of fellow prisoners. Hers is an epic story of personal strength, bravery and loss. Of an indomitable human spirit" Bec Applebee.

The show is an adventure through the senses.

“One of the most astonishing one woman shows I have ever seen… just plain bloody brilliant” Fi Read, The Cornishman

Oh Bec!  Here is a remarkable actress who gives her all to portray the true story of an 18th century Cornish woman who survived the raw brutality of life as a convict, spending years sailing halfway around the world to Australia - and back again.

Bec Applebee becomes her heroine Mary Bryant, using every living and breathing sense to underline the many agonies and very occasional ecstacies experienced by this spirited survivor of a conviction to hang for highway robbery, transportation, rape, starvation aboard a prison ship, childbirth and terrible loss.

With Bec, in this one woman show, we feel every emotion, hang on every word, and share real tears, as she maps out a journey of unimaginable physical endurance, accompanied by an urgent drumming and piping soundtrack devised by Neil Davey, with musicians from Dalla and Radjel, directed by Simon Harvey.

Most of the show depicts the mean side of life for a poor girl from Fowey, who finds herself in real trouble after she is arrested for stealing a bonnet in Plymouth, and pregnant and alone aboard the Charlotte, one of six ships filled with more than 1,000 prisoners, heading for south Australia, via Rio de Janeiro.

She might be shackled and desperate for something more sustaining than mutton stew, without the meat, but she is young, and when her baby is born and named after the Charlotte, she is touched, and so are we, as she tells how the convicts saved their precious drinking water to bathe her daughter.

And then William Bryant proposes making "an almost honest woman" of her. He might have black teeth, but he does have lovely eyes, and at the end of a 15,000 mile voyage, they marry.

Their courtship is represented by a song and dance with a deck swabbing mop turned on its end, in a captivating moment of joy and more, choreographed by Helen Tiplady.

They might have arrived on dry land at last, but Botany Bay is not a safe place for women, and the horror of rape, as the officers turn their backs, is brutally expressed.

Mary Bryant had to escape after that, but it would take two years of planning and pilfering stores, and learning to read the stars, before a small band of prisoners were ready to make off in the Governor's cutter on a silent moonless night, as she dreamed of crisp green apples, and cradled her new baby son in her arms.

The story is completely absorbing, and there is a lot more to come, but I must not give the whole game away . . .

Just try to catch this show at some time, otherwise YOU might well have to travel half way around the world to see a performance to match this one, because Bec Applebee is simply one of the best. 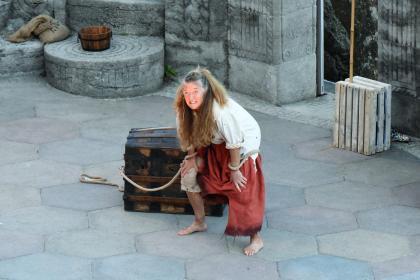 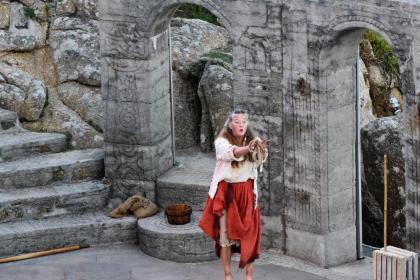 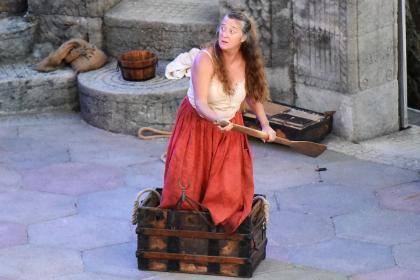 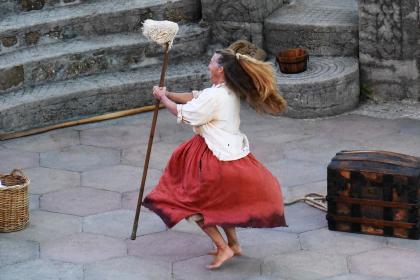 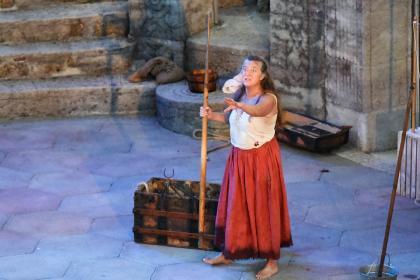 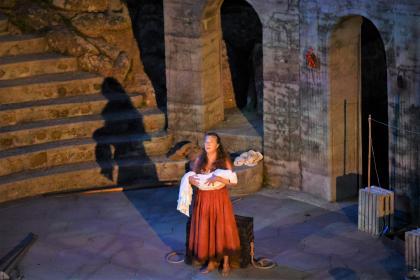 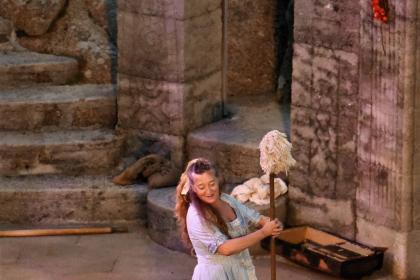 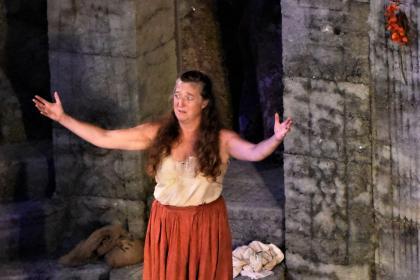