The Last Five Years, written by the Tony award-winning Jason Robert Brown (Songs for a New World, Parade, Bridges of Madison County) tells a story of love, loss, ambition and the price we pay for all of it.

It is an emotionally powerful and intimate musical about two New Yorkers in their twenties who fall in and out of love over the course of five years. The show's unconventional structure consists of Cathy, the woman, telling her story backwards while Jamie, the man, tells his story chronologically.

From an award-winning creative team with a stunning West End cast and band, this outdoor production will bring a smile to your face and a tear to your eye.

A superb, sunny, compact set, with a block floor representing a notepad with a goodbye message in a New York apartment, tells us plenty, before a sad song opens the dialogue between a young couple who will fall in love and then become distinctly socially distanced, after a five year relationship.

Well, that might sound like it says it all, but this production gives us so much more, with a great band urgently playing one song after another in all kinds of musical styles, and a slick pair of performers, who sing their story  -  he, Jamie, from their first meeting going forward, she, Cathy, from their parting and looking back.

It's a clever idea, written by Jason Robert Brown, and based on his own failed marriage, reading the relationship from two perspectives via actors Emma Kingston and Waylon Jacobs, very surely directed by Omar F. Okai for Brilliant Theatre.

The treat of a set, with everything in matching yellow including the pot plant, is by designer Andrew Exeter, who is also in charge of the lighting, and it's inspirational.

The first love scenes are awash with sweet, warm honey tones, but as the couple's diverging ambitions and degrees of success start the split, he switches to a cool, bitter lemon spotlight.

The problem is that Cathy will not make the big time as an actress, while Jamie, the extrovert and aspiring writer, becomes an acclaimed much-in-demand 'man of the moment' when his book is published.

The funny, bubbly young woman becomes an increasingly unhappy and rejected Cathy, as he tensely remarks "I will not fail so you can be comfortable" and they become more remote, more distanced.

As it is, although they share the stage for most of the time, it is 25 minutes from the start, before they sing together in ironic harmony - but also a moment to savour the excitement and heat of young love.

The songs tumble out, from the first heartfelt Still Hurting, through The Next Ten Minutes of their engagement and marriage, to Goodbye Until Tomorrow, when they start to listen to one another again.

Once again, the pandemic that has hit tours and indoor theatre productions, has given outdoor Minack audiences a special opportunity to see some of the best from the West End and other parts of the UK, including Cornwall. 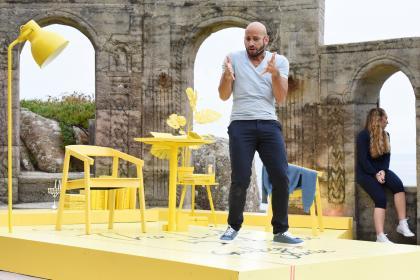 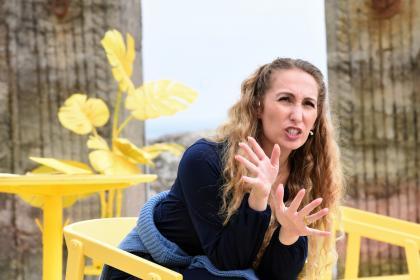 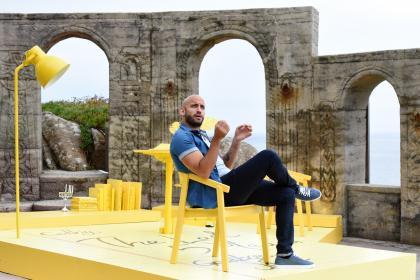 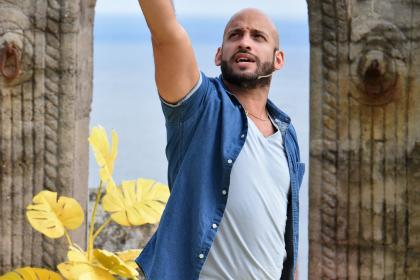 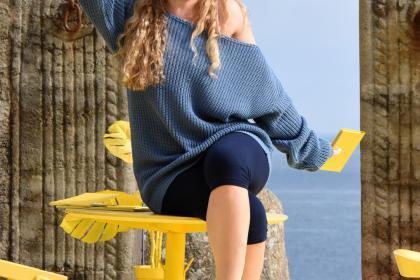 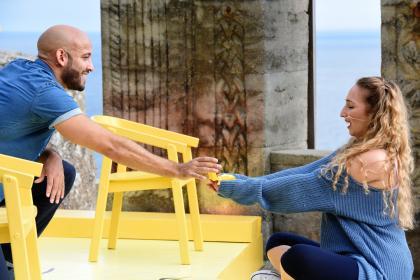 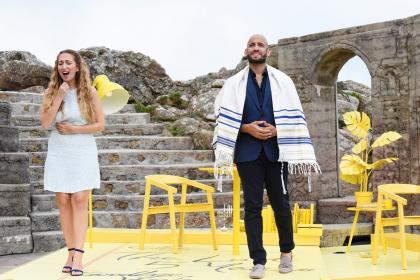 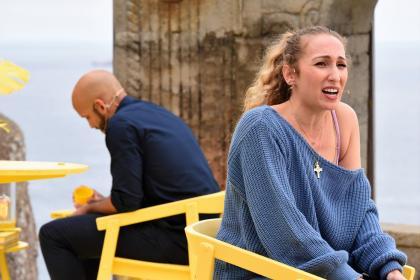 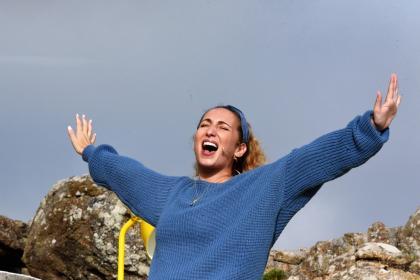 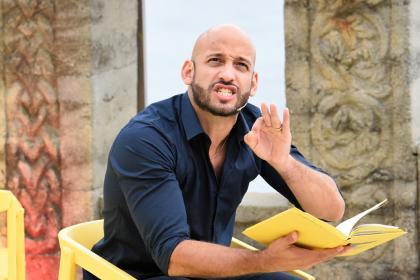 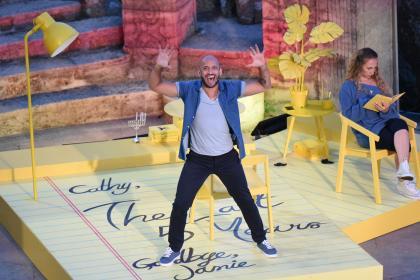 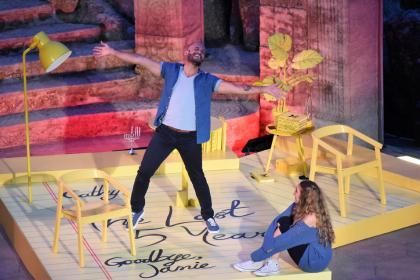 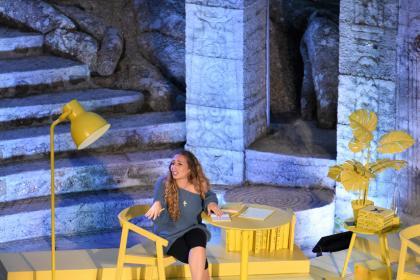 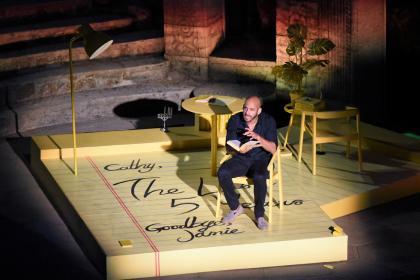 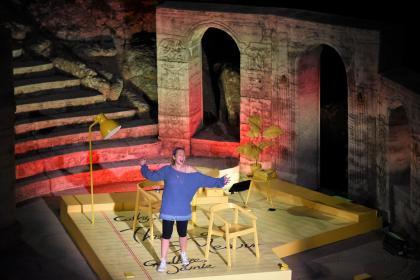 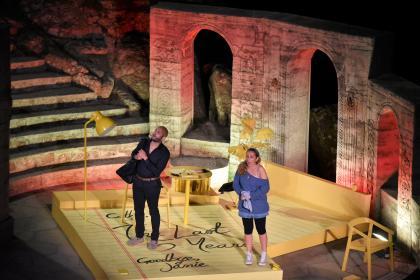