We all want to meet people from history. The trouble is everyone is dead! So it’s time to prepare yourselves for this very special production of Horrible Histories live on stage!

Can you beat battling Boudicca? Would you be a martyr for the Magna Carta? Will you lose your heart or head to horrible Henry VIII? Will Parliament survive gunpowder Guy? Dare you stand and deliver to dastardly Dick Turpin? Escape the clutches of Burke and Hare and move to the groove with party Queen Victoria!

It’s the horrible history of Britain with the nasty bits left in – to entertain the whole family at half-term!

You didn't know that Gunpowder Guy devised the plot to blow up Parliament via a set of tricky questions on Who Wants to Be a Millionaire, did you?

Hundreds of schoolchildren on their half term holidays now know it for a fact, after watching the quiz show award "a penny for Guy" when he successfully phoned a friend, Dom Cummings, who definitely wants to blow Parliament sky high.

At the Minack this week a Brummie Guy Fawkes, played by actor Neal Foster, faced 'quizmaster' Morgan Philpott, who managed to be more Chris Tarrant-esque, than the man himself.

This was around 1,500 years of history through the ages taken at a gallop lasting just over an hour, by two fun-loving actors, who rummaged deep into a box of tricks, wigs, hats, puppets and water-pistols, to thoroughly entertain a mainly young audience - and keep the adults chuckling too, with up-to-the-minute Covid asides.

Henry VIII with all his wives, was congratulated on sticking to the "rule of six" and through Dick Turpin we discovered that "the Only Way is Essex" as that is where the infamous highwayman grew up.

The show is based on Terry Deary's brilliant Horrible Histories books, television and radio series and sell-out international tours, that have made them worldwide best sellers, with illustrations by Martin Brown.

The 74-year-old from Sunderland has won BAFTAS and the British Comedy Award, and is currently working on a new Horrible Histories films.

Barmy Britain ranged from Roman Britain - "would you swap Rome for Reading" - to battling Boobicca, sorry, Boudicca, to the England of Magnum Carta - the land of chocolate ice cream.

Neal had everyone giggling when he played a diminutive King John, apparently a puppet king, and then there was a biting chicken called Suarez  - a nice cue for an adult laugh.

The show was punctuated with police whistles, loud raspberries and other unmentionably naughty sound effects, jigs, hip-hop, funk, banter and constant interaction to keep the youngsters on their toes.

Now, like most of them, I'm off to check on one or two of the historical facts for myself! . 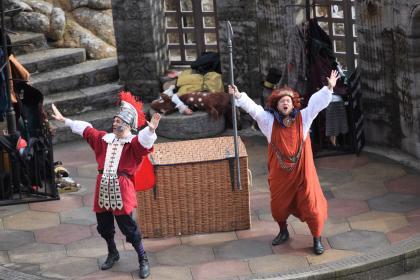 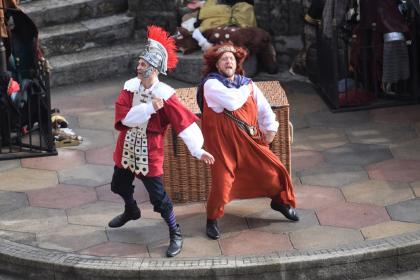 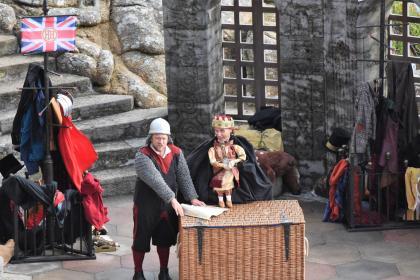 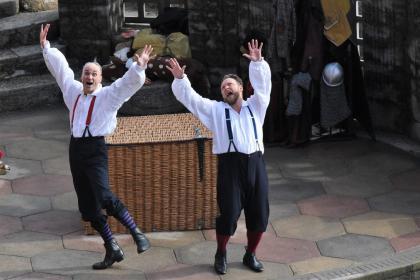 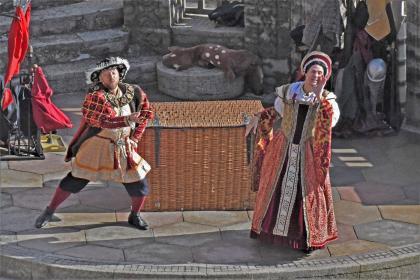 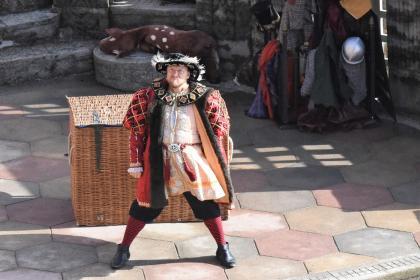 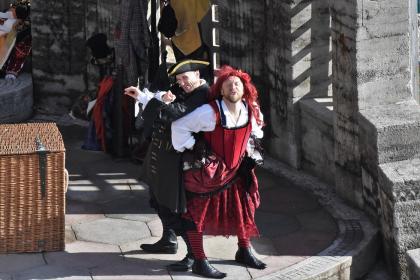 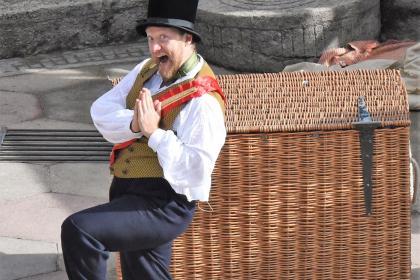 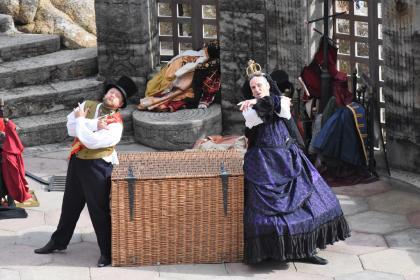 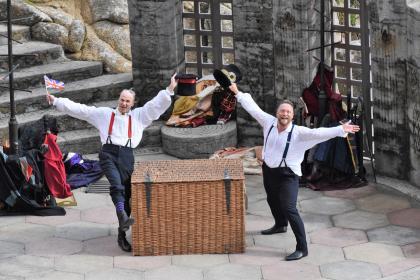