Christmas Eve, 1803. Pip, a 7 year old orphan, visits his mother’s grave where a frightening encounter with an escaped convict begins a series of events that will change his life forever.

A virtuoso solo performance of Dicken’s much-loved novel, performed by Cornish-based actor and founder member of Kneehigh, David Mynne.  Unforgettable characters including the terrifying Magwitch, the eccentric Miss Havisham and the cold and beautiful Estella are vividly brought to life in an anarchic, joyful recreation of this glorious tale.

Nine long, lonely weeks in a pandemic lockdown have come to an abrupt end for the Minack Theatre, not with a masqued drama, but with the return of a masked and socially-distanced audience, with great expectations and an even greater need for live entertainment, after so long indoors.

Executive director Zoe Curnow and her team have come up with an impressive and exciting new summer programme with the accent on music, and already sold out nights with the Fisherman's Friends.

It was David Mynne from Penzance, who stepped-up in record time after the government gave the go-ahead for the open air cliff-top theatre to get back into business, to give the first full show of the season, on the most glorious evening imaginable.

David is well-known in these parts as a founder member, actor and designer with the renowned Kneehigh Theatre, and is now writing and creating a series of one-man shows with director Simon Harvey from Truro.

This was a virtuoso performance in the truest sense: One with special skill in a fine art.

The dictionary definition says it all, and David said the rest, in a burst of super sound effects, shaken from mercifully Covid-free lungs, punctuating the slightly weird but gripping novel that Dicken's set in 1803, when orphan-boy Pip runs up against the desperately hungry convict Abel Magwitch, on a misty marsh in North Kent.

In the space of a few minutes over the hour, with a tiny suitcase from which he deftly extracted a series of props, including a handful of tattered, sadly faded cream lace, that served as the distressed Miss Haversham's bridal dress, he recounted the tale of Great Expectations that went off-track for so many of the characters in the book.

A hand mirror reflected the spiteful soul that was Estella, his kind voice showed us the gentle giant Joe, with a great puffing for his blacksmith's bellows, lisped as cousin Herbert Pocket, then ding-donged the Bow bells of London, whooshed and whistled gusts of wind, and "boofed" and "doufed" blows in a fatal bust-up with swindler Compeyson.

Dickens loved to give readings of his dramatic novels, and would surely have been hugely impressed by the superb vocal range, the timing, the perfect diction of David, who also 'stitched' a suit on stage.

Here was a fellow of great expectations  -  that were more than met for an audience that has missed entertainment at the Minack for many, many weeks. 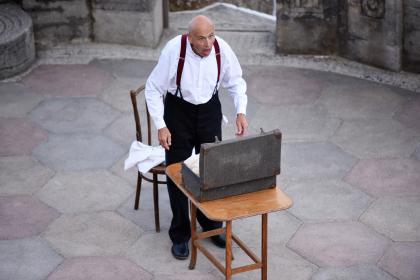 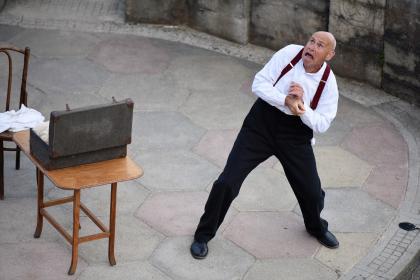 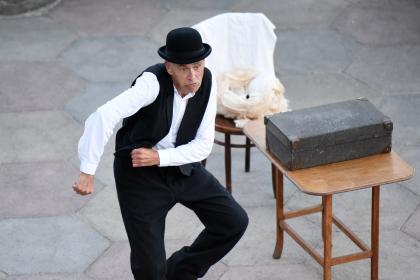 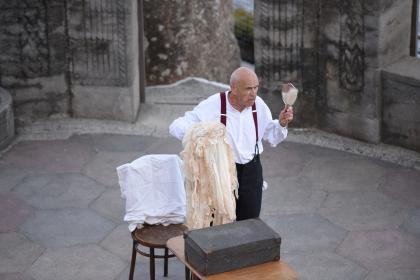 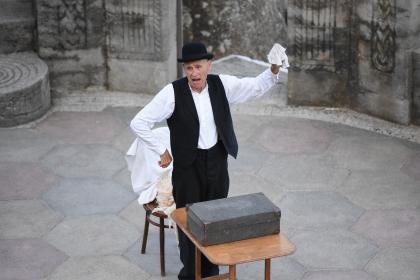 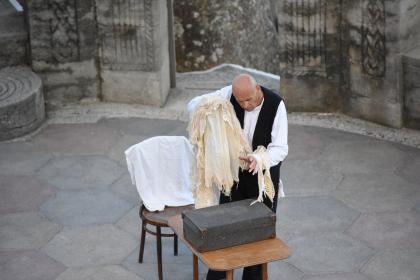 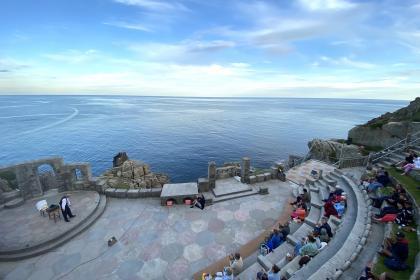 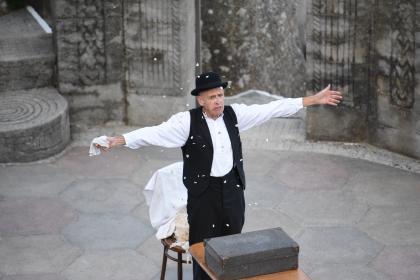 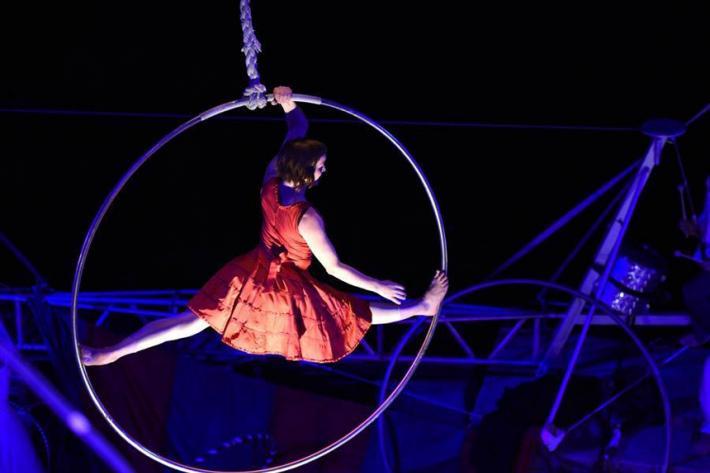