The Kiss that Missed

The Kiss that Missed

David Melling’s delightful series of Knightly Tales is brought to life with all the charm and humour of the original stories, plus some new songs and, of course, plenty of kisses bouncing around.

This classic picture-book is a favourite bedtime story for boys and girls everywhere.

Adapted by actor and storyteller John Brolly and The Minack Theatre, with original music by Ben Sutcliffe, prepare to be enchanted once again by the adventures of the Knight, the Prince and the missing kiss.

The Kiss that Missed is directed by John Brolly and produced by the Minack Theatre.

A right royal romp of a tale for the Hallowe'en half term holidays was sealed with a kiss  -  on the tip of a dragon's nose - at the Minack.

John Brolly, actor, storyteller and associate director at the open air theatre knows a good tale when he sees one, so The Kiss That Missed, was right up his spooky street.

He adapted and directed this story that was originally written and illustrated by David Mellings nearly 20 years ago, and which led to the Knightly Tales series, now read and enjoyed by thousands of youngsters.

It was also a wizard choice for this time of the year, with an open invitation to the audience to wear Hallowe'en fancy dress for their trip to the theatre, with many children doing just that, enhancing this fun production.

Each performance involved three out of four tried and trusted young actors, including Amber Clark and Natasha Wallace, who skipped through their various roles, and Minack first-timers Charlie Coldfield, and Jordan Scrase from St Just, who recently appeared in the town's Ordinalia.

Designers Marion Harrison and David Gibson's magnificent royal four poster bed, was the base for a lively tale that transformed it into the leafy Wild Wood  - and a fearsome fire-breathing dragon, with long red tongue, purple wings and wide yellow eyes.

The bed also yielded a sheeted ghost, a 'spectacled' brown bear with a sore head and a dribbly grey wolf, both wearing fine faux fur coats, quite apart from providing the Prince with a place to sleep in his royal stripey pyjamas.

And it was a bedtime scene that began the tale, when the King blew a kiss that missed towards the end of the Prince's nose, which escaped into the night.

It wouldn't have happened if the King had not been in such a rush to dash off to a Strictly ballroom dancing course to brush up the royal rumba and achieve a perfect paso doble.

Anyway, the son of a Loyal Royal Knight is drafted-in to become the royal babysitter, and retrieve the kiss, but proves to be a bit flakey in the 'fearless' department, and their adventures begin, accompanied by jaunty music and songs by composer Ben Sutcliffe, with costumes crowned by Yasmin Baird.

It was delightful  -  like a kiss that finds its spot. 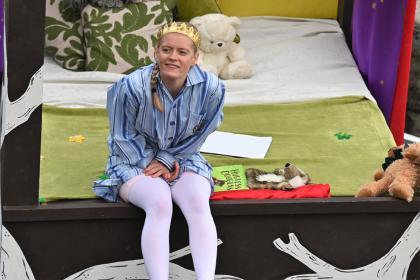 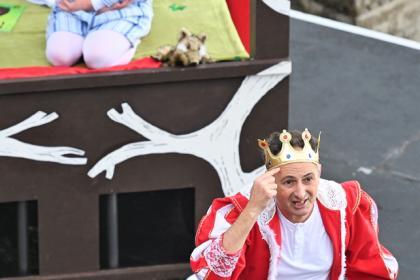 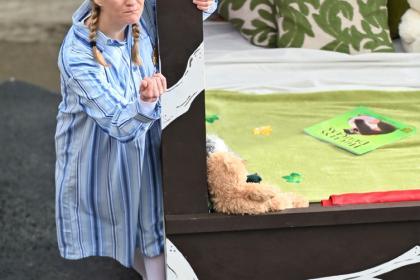 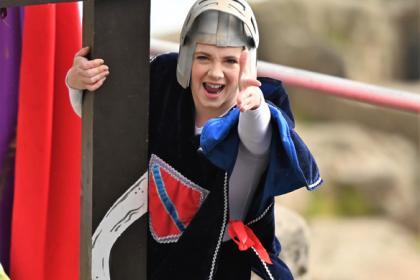 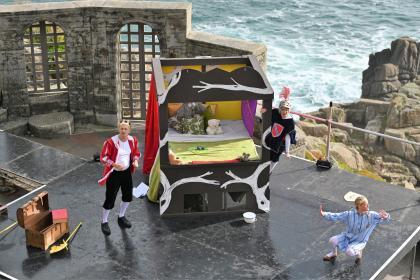 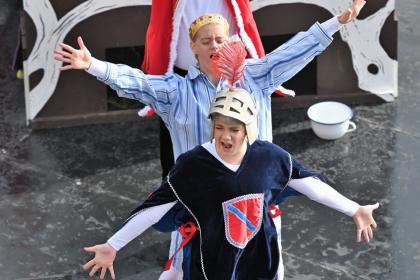 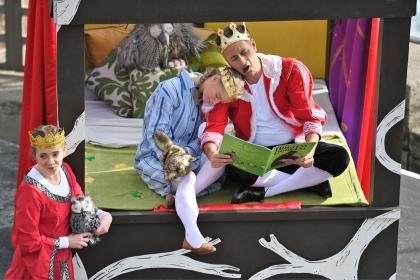 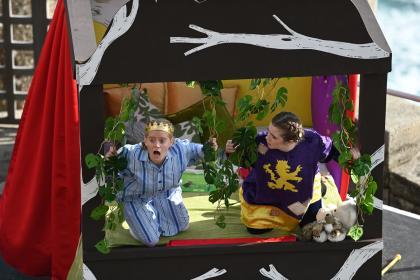 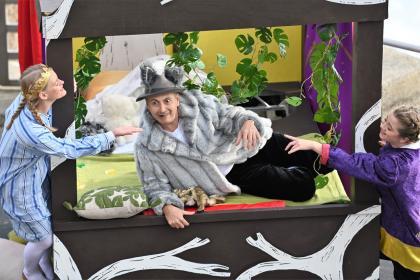 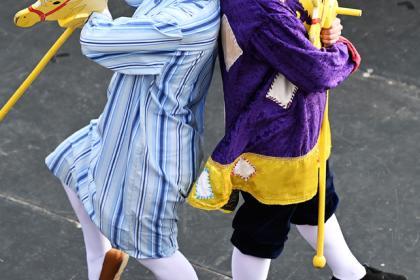 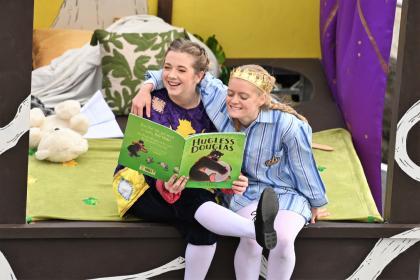