In this joyous version of the Hitchcock classic spy thriller, The 39 Steps, we follow the adventures of handsome hero, Richard Hannay, complete with stiff upper lip, pencil moustache and British gung-ho as he encounters dastardly murders, double-crossing secret agents and, of course, beautiful women.

Nothing has been cut from this hilarious and spectacular version of Britain’s most spell-binding thriller – legendary scenes include the chase on the Flying Scotsman, the escape on the Forth Bridge, the biplane crash and the death-defying finale at the London Palladium.

Shattered Windscreen’s recent productions at the Minack include:

2019 I, Don Quixote by Dale Wasserman based on the novel by Miguel de Cervantes  (Runners-up, The Minack Trophy)

2017 The Wicked Lady by Bryony Lavery, adapted from the novel by Magdalen King-Hall

2015 The Grapes of Wrath by John Steinbeck (Winners, The Minack Trophy)

This amateur production of “The 39 Steps” is presented by arrangement with Concord Theatricals Ltd. on behalf of Samuel French Ltd. www.concordtheatricals.co.uk

The cast of the Shattered Windscreen Theatre Company took big creative steps to bring a spiffing spy thriller to the Minack, giving their set designers, technicians and backstage team a non-stop runaround to keep up with the fast-paced drama.

John Buchan's and Alfred Hitchcock's classic book and film of The 39 Steps, adapted for the stage by Patrick Barlow from an original concept by Simon Corble and Nobby Dimon, is a loaded gun of derring-do with a hero called Hannay.

The book was published just before the First World War and became a favourite escapist adventure for British troops on the fields of Flanders  - notably, few first editions survived those bloody battles.

Hitchcock made it more famous with his thirties film starring Robert Donat, and there have been many versions since then, with Robert Powell playing Hannay in 1978, in a film considered to be the closest to Buchan's original concept - and a Netflix adaptation on the way.

The Hertfordshire based theatre company has been appearing at the Minack for 20 years, and comes with an excellent pedigree, recently winning the trophy for best production of the summer season with a very moving, heartbreaking interpretation of Steinbeck's, The Grapes of Wrath.

The contrast between the two productions could not have been greater. This was deliberately silly-spectacular, with dastardly spies pursued by slow policemen, and a monster Nessie surfacing from a loch, to pulsating Jaws music, when the chase from London arrives in the Scottish Highlands.

The musical backdrop is in a class of its own, and adds to the fun, with screaming string snatches from the Psycho shower scene, Jerusalem, and Sunday Night At The London Palladium, in the hands of musical director Pete Dawson, who both acts and plays cello on stage alongside guitarist Calypso.

Interestingly, Buchan used his own London address, Portland Place, where we find Hannay at home, and in a sticky situation, as in the moment when he awakes to find a femme fatale lying across his lap -  with a knife sticking out of her back!

Visually it is spectacular, with a gauzy bi-plane, with roundels on its wings being unravelled out of nothing, and the 'Flying Scotsman' appearing out of a cloud of steam, and a car with lit headlights being unpacked from a large suitcase on stage.

It was all action, but stage director Derek Palmer and stage manager Brenda Onyon working with technical team Andy Pierce, Maddie Lee and Dawn Meadowcroft, with Andy Lee on sound, and Ken Allford in charge of lighting, were right on cue.

The ingenious set was designed and constructed by Steve Onyon, and the effects were enhanced by the costumes of Hannah Leonard and Shelagh Maughan, with choreography by Louise Davis  -  as alway, the whole team was very much in step to present a fine show. 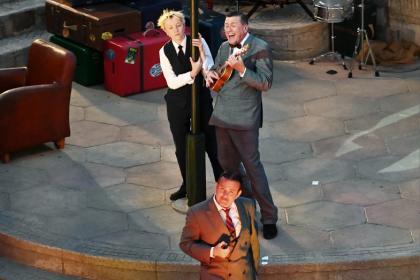 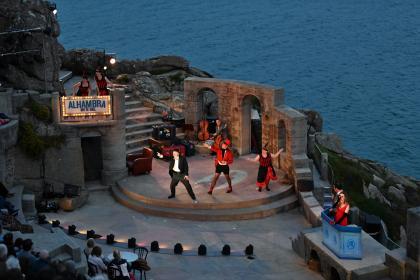 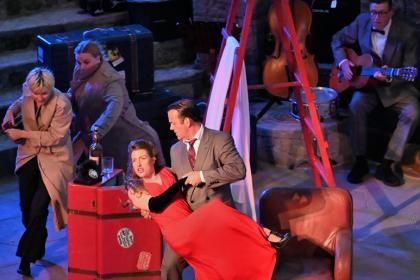 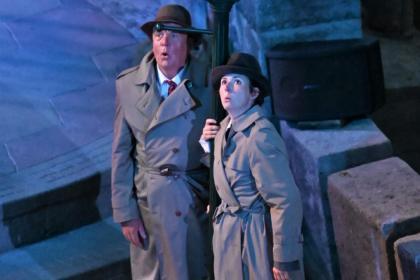 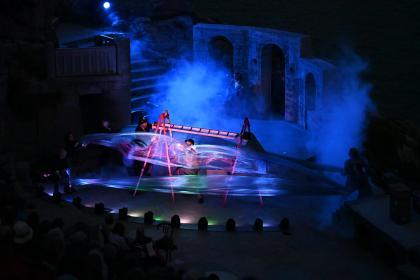 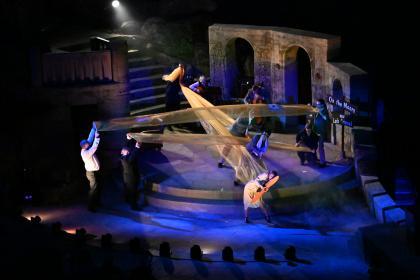 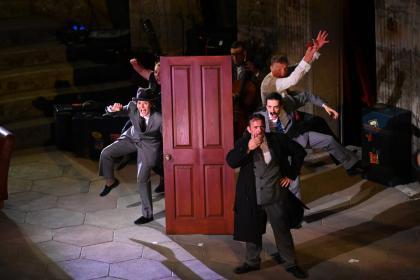 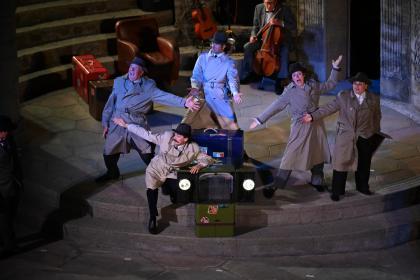 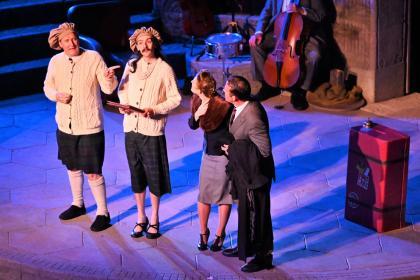 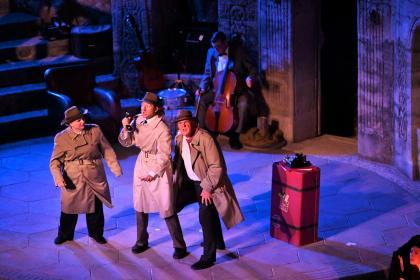 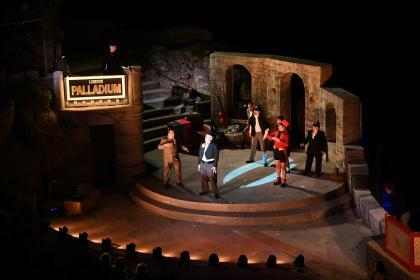 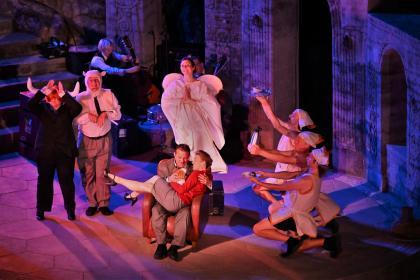